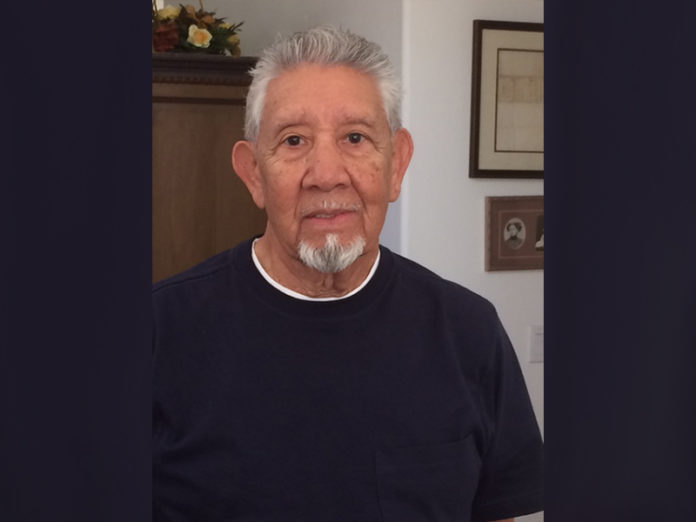 During the 21 years of employment with a major aerospace company, Miguel Madrid Jr. has held various management positions in contracts and procurement departments. He had graduated from high school in New Mexico and attended Redlands University majoring in management. Mike Madrid Jr. has also been a resident living in District 4 since 1999 in which he has served as a Hemet Police Volunteer & coordinator of the program as well as being vice-president of the homeowners’ association, treasurer, secretary & membership chairman of the men’s golf club.

Q: What qualifies you for this office?

A: Most of my working years, I was in management, one sort or another, contract negotiations for the military, preparing proposals for the government and performing audits. Originally I wanted to be an engineer. When I started college at Long Beach State, my aspirations were to be a draftsman. Then, I found out that draftsmen didn’t make very much money, so I decided to be some kind of engineer; therefore, I went into tool engineering. Later, I progressed into a manufacturing manager where my people did all the planning. Now, as far as what the city council does, they are a group of five who have to decide what’s the best thing for the city itself. Having been in negotiations and made proposals. I believe I understand all of that. I also have knowledge of planning of a city.

Q: How long have you lived in the Hemet area?

Q: What are your underlying issues with the city right now, that you believe are wrong and need to be addressed?

A: I’m not going to say the current council hasn’t done a good job. But they are limited in resources. I’m not for overtaxing the individual. However, if businesses are working right and revenue is coming in, everything would be better, but that is not the case. We need more income to start to build up the downtown area, re-developing and paving all the streets, cleaning up the trash and stuff that the homeless leave around in order to make our city a city again. I’m a very conservative person and I know how to save and deploy funds in the right way.

Q: So, your basic issues are?

A: Not enough finances generated by the city. Without income, the city is strapped. It can’t do much more than maintain a status quo. It gets worse if we don’t produce revenue. The city has undergone some audits by the state that haven’t gone so well.

Q: I think there may still be an ongoing audit.

A: I understand that. I don’t like taxes. I think the revenue you get from businesses will sustain the city.

Q: An article in Atlantic Magazine sometime back said that Hemet would never recover from the recession.

A: Because we don’t have a freeway coming through town to attract new business.

A: We need to offer manufacturers and others something that will attract them to Hemet, to spend their money in Hemet instead of Temecula and Murrieta. If you go out of the city to spend your dollars how are we going to find enough revenue to support the city?

Q: I’ve been told that only 17% of the people who live here, work here. The rest commute. Why do you think that is?

A: We have little manufacturing; we do have the travel trailers.

Q: More for retirees than young working couples raising kids. Let’s go to some other issues. How do you feel about the new median on Florida Avenue?

A: That forces the city to make a lot of changes. I would have moved to Stetson Avenue, which is a wide street and better to accommodate it. The way it is restricts a lot of turns into businesses. It means going a block or so and back to the place you were going to. If I had been on the council, I would have voted no on that because it is too restrictive of business.

Q: How do you feel about the lack of low-income housing as it relates to the homeless?

A: The only thing I can say now about the homeless is that they need someplace to live. If they would do a better job of cleaning up for themselves, most people would probably not be so objective to the homeless.

Q: Do you think people should be living on the streets?

Q: So what can the city council do to alleviate homelessness?

A: Part of it would be the services offered here for people that do not have homes—the indigent. If you don’t have money for rent and that sort of thing, this would be the place as I see it. When they can go down to the county offices, pick up a check and live the streets, they don’t worry about paying rent.

Q: There are a lot of empty buildings that would be suitable as temporary housing.

A: Who is going to pay for that? Right now, the city doesn’t have the money to take care of the really important things like safety.

Q: So you don’t think the city can do anything about the housing situation?

A: They could build some low-income housing, but what that does in most cases is kind of deteriorate the city. Low-income housing has to be controlled because what ends up happening is if you don’t have the resources to clean up after low-income people in those places, they become ghettos of the city. Everyone should have a place to live, but I’m not in favor of the city having to provide for people like that. There are jobs out there.

Q: They’re getting $10 million dollars a year for public safety, thanks to Measure U.

A: It might end up being $10 million a year, but with the economy it is, people not being able to go out and spend money; money the city might not be able to tax. It might have been okay before the pandemic, but after that, everything goes down.

Q: Outside dining is popping up all over town. People are going out to eat.

A: That’s also a problem. Most places don’t have enough space to do that.

Q: Back to the homeless, there just aren’t enough jobs in Hemet.

A: That’s also a problem. But like I said, they go down on State street and pick up their weekly checks and not worry about housing.

Q: Well, many of them are mentally unstable.

A: Somebody should be able to have them committed to a mental institution, but that law was changed a long time ago. Someone can be really out of it on the streets and nobody can commit them to an institution that might be able to help them.

Q: How do you feel about kids going back to the classrooms?

A: The schools should be open. Absolutely. The fact that young kids can fight off illness better than anyone else. Kids going to school pick up every germ there is, but their immune systems are strong and they overcome.

Q: But the argument is that even if they overcome it, they take home to their parents and grandparents whose immune systems don’t work so well as the kids.

A: No different than have the flue. If you go to school, they have the responsibility to send you home. So that means you’ve already had it at home. You’ve already exposed parents and grandparents. They’re not doing anything new. Education at this point in time is leading us to a country that is becoming too liberal. They are teaching kids to be an individual, but not teaching the basic things like math, reading and civics. They don’t understand what made this country what it is anymore. They teach them to be an individual, a free thinker outside the box, forgetting anything else. Just be your own person, not think of yourself as part of a larger picture, like ANTIFA which is part of our college liberal systems. This got started in the sixties during the Vietnam War when our veterans came back but weren’t respected.

Q: What do you think can be done to attract new business and manufacturing to Hemet?

A: First of all, you have to make it easier to get a business license. The major complaints I hear from business people or people trying to come here with a business is that the city is too tough on new business. They place a lot of obstacles on people who try to open a new business in the city of Hemet. They are not business-friendly.

Q: Would you bring back trade schools?

A: Absolutely. Schools used to cover, besides the basics, automotive, workshops and home economics classes. We need to bring them back. Currently, we are teaching kids something that is not saleable in the work market today. You can sell yourself as a machinist, a tradesman, but not just as being educated as the schools prevent today. Not everyone wants or is qualified for college. There is still demand for tradespeople.

People Coming Together to Make a Difference for those in Need

Calvin Porter - December 19, 2019
During the course of a given year, there are always groups of generous individuals providing support to those in need.