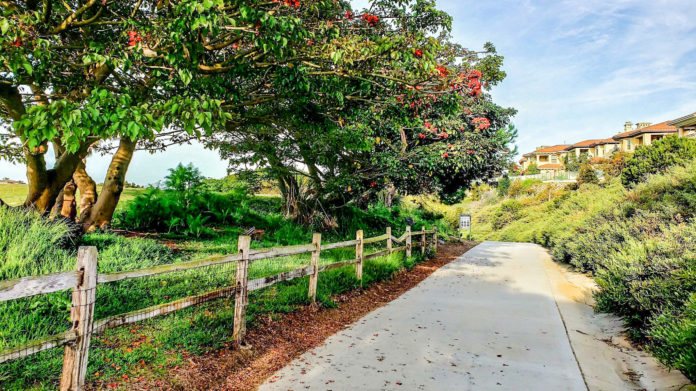 RIVERSIDE (CNS) – The Board of Supervisors signed off today on final plans and specifications for the initial segment of a 16-mile pedestrian and bicycle path that will traverse multiple Riverside County communities.
In a 5-0 vote without comment, the board approved the design plan and authorized the county clerk’s office to begin soliciting bids from prospective contractors qualified to construct a 5.2-mile stretch of the Salt Creek Trail in Hemet and Menifee.
The county Transportation & Land Management Agency is overseeing the $3.35 million project, which largely follows the existing Salt Creek drainage canal in Hemet, paralleling the north side of Domenigoni Parkway, from Sanderson Avenue to Searl Parkway.
Nearly a mile of the trail will be installed there, connected to a 4.3-mile section planned along the drainage in Menifee, between Antelope and Goetz roads. A mix of asphalt and decomposed granite will be used for surfacing.
“The 16-mile Salt Creek regional trail, when complete, will provide residents with a paved bike path from Hemet through the unincorporated (area) of Winchester and the city of Menifee to Canyon Lake,” according to a TLMA statement. “It will provide the opportunity for expansion of local and regional trail systems, sidewalks and bike path connections from the trail to surrounding communities, schools, commercial areas and, ultimately …recreational facilities at Lake Skinner and Diamond Valley Lake.”
Curb and gutter improvements, rock slope reinforcement, concrete ramps, cable fencing, pipe gates, pedestrian crossing enhancements and flood control channel upgrades will be part of the construction project.
Former Supervisor Marion Ashley was a champion of the project, lauding it as a future attraction that will encourage more residents to enjoy the outdoors.
The trail will incorporate an existing network of smaller trails and offer a five foot wide space for pedestrians, as well as a 14-foot wide space for bicyclists and other approved devices, according to TLMA.
About 98% of the current project budget is comprised of federal Congestion Mitigation & Air Quality monies, with minor appropriations from local sources.
Along with TLMA, the county Regional Park & Open Space District is involved with the project, which is part of the Southern California Association of Governments’ “2035 Bikeway Network” regional plan unveiled in 2012.
Construction of the initial segment is slated to get underway in the first half of 2020 and take about six months to finish, officials said.

Visit the latest news at HSJC.com 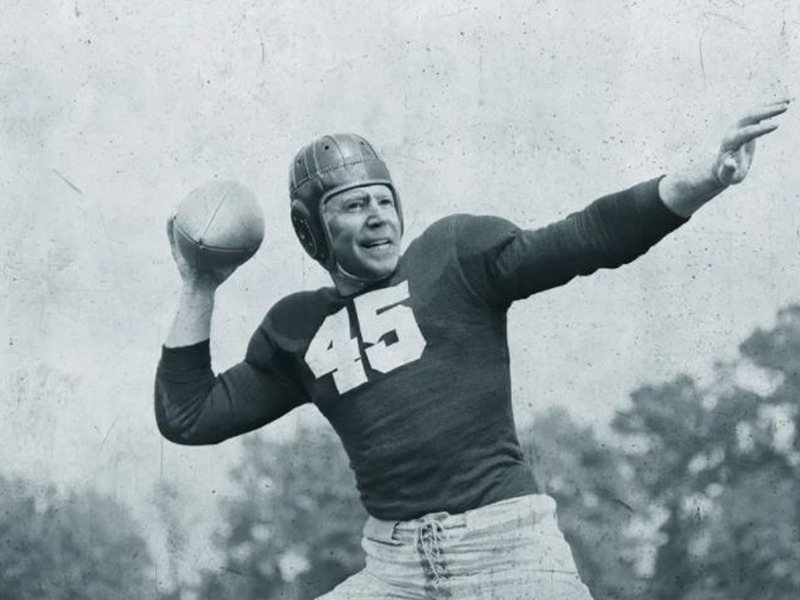 Joe and the Football 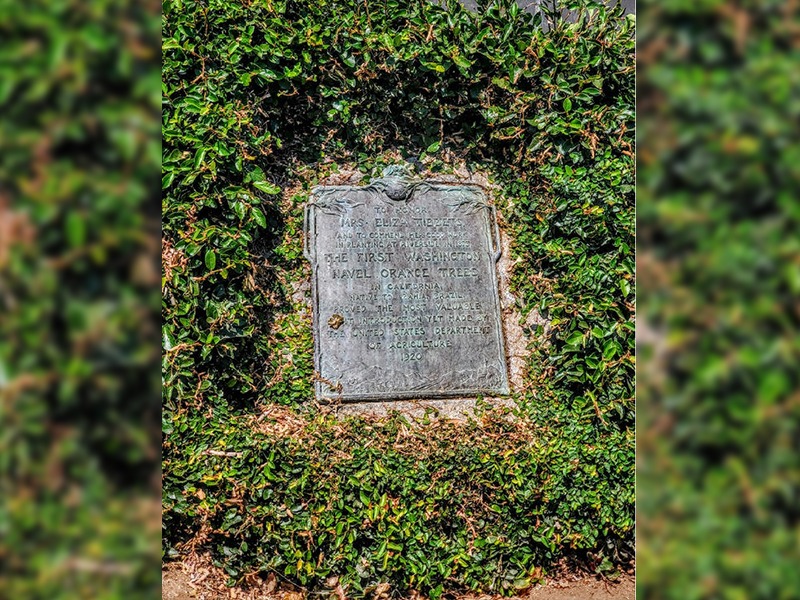 Contributed - September 4, 2021
A tree stands beneath a protective tent at the intersection of Arlington and Magnolia Avenues. Motorists and pedestrians pass every day without considering this remarkable tree and why it has grown there for over a hundred years. Truthfully, this tree is a living memorial to one of Riverside's founders and a testament to the spirit of equality and perseverance that all Riversiders share.