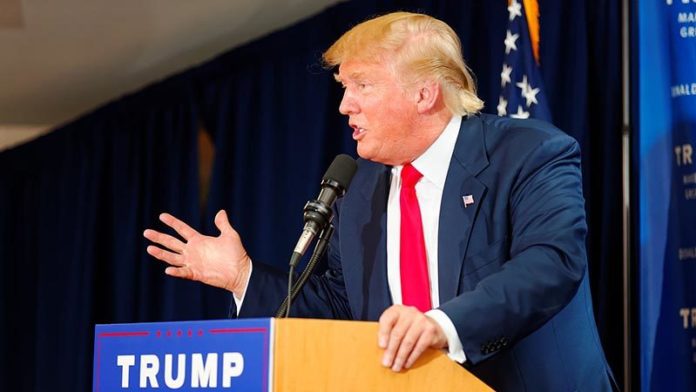 Senators pushing to require background checks for private gun sales made a fresh pitch to President Donald Trump on Wednesday as part of an effort to break the gridlock over legislation to curb gun violence following a summer of more mass shootings.

GOP Sen. Patrick Toomey of Pennsylvania and Democrats Joe Manchin of West Virginia and Chris Murphy of Connecticut cautioned that they did not win Trump’s endorsement of their background check bill during their 40-minute telephone conversation. But they nonetheless depicted the president as engaged and encouraging, with Toomey saying Trump has a strong “interest in doing something meaningful” to prevent gun violence, even though he has not endorsed any specific approach.

The outreach is the latest effort to try to traverse yet another impasse on gun control legislation. With Congress back in session this week, Republicans and Democrats have been pointing fingers, with Senate Majority Leader Mitch McConnell accused Democrats of engaging in “theatrics,” and House Speaker Nancy Pelosi warning that “people are dying” while Senate Republicans refuse to act. Meanwhile, all sides are waiting on the White House and clear guidance from Trump on what he might support.

White House officials, lawmakers and Hill staff have held frequent meetings to discuss options aimed at curbing gun violence following a pair of shootings in Dayton, Ohio, and El Paso, Texas, that left more than 30 people dead over a single August weekend. The president is expected to be presented with a list of options of various initiatives as soon as Thursday, according to a senior administration official who spoke on condition of anonymity to discuss internal deliberations.

Speaking to reporters in the Oval Office shortly after the call, Trump said he and lawmakers were “working very, very hard together” and “seeing if we can come up with something that’s acceptable to everybody.”

But he offered few clues about what he is willing to put his weight behind, even as he insisted that “progress is being made.”

“We’re looking at background checks and we’re looking at putting everything together in a unified way so that we can have something that’s meaningful,” he said. “At the same time, all of us want to protect our great Second Amendment. It’s very important to all of us.”

Asked specifically about the bill in question, which would require background checks for firearm purchases at gun shows and over the internet, Trump said there are “a lot of things under discussion,” including some things that will never happen and other things that might.

“It’s really ‘Gun Sense,’ if you think about it,” Trump said, adding: “We’re having great dialogue. We’ll see what happens.”

The bipartisan Toomey-Manchin legislation failed to pass the Senate in 2013, and many Republicans continue to oppose the idea as an infringement on gun rights. McConnell, meanwhile, has refused to allow a vote on the bill because he says it’s not clear the Senate would be able to pass it or that Trump would sign it into law.

Trump said conversations would continue Wednesday night and into Thursday, and the senators said they hoped to hear back from the White House then.

The White House’s legislative director met privately with Republican senators Tuesday to discuss ideas the administration is considering, including so-called red flag legislation to allow officials to take away guns from people believed to be dangers to themselves or others and quicker imposition of the death penalty for the perpetrators of mass shootings.

Over in the House, No. 2 Democrat Steny Hoyer of Maryland said the chamber would vote in October on a red flag bill aimed at keeping guns out of the hands of mentally ill people or those convicted of hate crimes, along with legislation to ban high capacity gun magazines.

Hoyer, though, was noncommittal about action on an assault weapons ban that is backed by many liberals in his party.