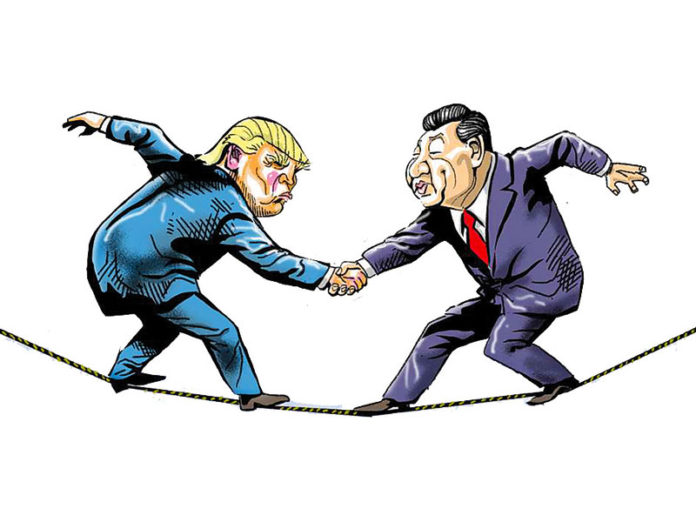 September started with new tariffs going live.  What has followed and will follow for the month of September is a rally.

September is predicated on a breather from possible known negatives.  This has left room for positive news to gain traction fueling the rally.  This has set the stage.

Following the tariff increases, China abruptly said it would not retaliate.

We then heard from the White House that telephone conversations had occurred and coined as, that they went well.

It was a short time after this that an announcement of an October meeting between both nations would occur.

No more news for September is expected on this front, except positive news.

Next was the Federal Chairman’s Powell position.  First, he was recorded with a firm approach of not raising rates.

Then he moved one leg and went to neutral, followed by a quarter-point drop in interest rates in July.  Some comments that followed in August left the markets questioning a rate cut in September. A drop in the jobs report, to 130,000 instead of a 150,000, showed truthfully the U.S. economy is slowing for the third straight month.  Powell, on September 6th in Zurich, stated the Federal Reserve remained committed to sustaining the economic expansion. He left investors expecting a conservative rate cut of a quarter percent during the next meeting September 17-18th.

These issues are unresolved, but in a seemingly sidelined state for now. In addition to similar results for BREXIT and Hong Kong’s revolt, it leaves September staged ready to be flat.  A flat market is one that is range bound and bounces between the highs and lows.

Never really crossing either floor or ceiling.  If you are a passive investor, you will just ignore this period and do nothing most likely.

If you are an active investor, then a trading strategy should be deployed.

From my view September will rally to recent highs again, fueled by the Federal Reserve providing a rate drop.  These highs are truly unjustified, in my opinion, when corporations are having to reduce their expectations. I also believe chances are minimal for a deal to happen in October.  Some argue the President needs a deal going into the election.

Others argue he has to make one this year because he grades himself by the performance of the market.  In my view, though, polling shows the vast majority of Americans believe China has taken advantage of Americans and agree with the President in holding the line against them.  This holds true for bipartisan politicians too. If President Trump understands the people are with him in regards to this issue, why would he resolve it by settling? I don’t believe there will be a meaningful agreement in October.  If there is not one and the leading economic indicators continue to weaken, then be prepared for more volatility. I recommend taking some more profits while September is on stage and picking up some additional bonds before rates continue to be pushed down by the Feds.

If you have questions on a particular company or investment and would like our feedback, contact us at my email below.  Our team will research and respond to you with our recommendations and opinion.

Contributed - February 16, 2022
People of color have had a harder time during the pandemic across the United States, but the state of Texas was particularly slow to offer data on the racial breakdown of cases, deaths and vaccinations.