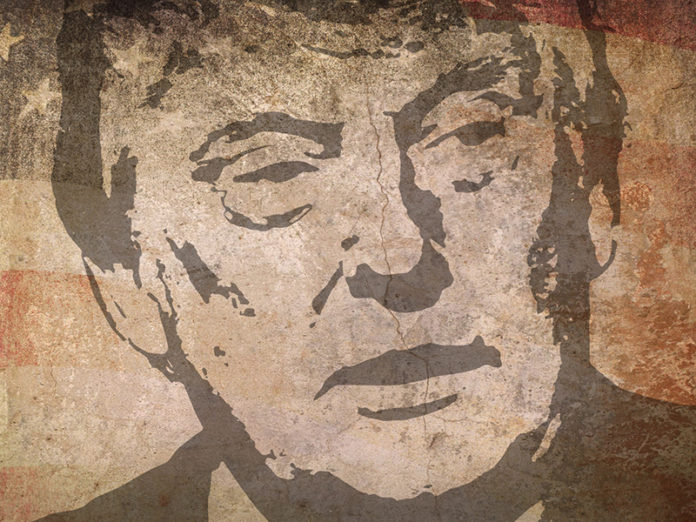 (The Enemy from Within)

I pray to my God daily that the American people will see the light and deny the re-election of Donald Trump.

I’m fully aware that many readers will react to the above statement with an automatic “oh no, here we go again” rejection, of a crucial issue that I am firmly convinced, will be the ruination of America with four more years of Trump in the White House.

“Now is the time for all good men and women to come to the aid of their nation,” read a slogan during WWI inducing all able-bodied American citizens to sign up for military service to fight against the tyrants of that era. No rallying cry is more appropriate today.

In all my many years, since becoming politically aware, understanding the workings of government, and observing the conduct of Presidents from Roosevelt on forward, with all their failings and incompetents, for which they later repented and apologized, I have never before seen a President who will systematically persist in exhibiting the same failings time and again and refuse to correct them, but rather “double-down” making his errors even greater.

President Trump is a pathological liar, an admitted misogynist, a bully with his subordinates who will tolerate being treated badly to keep their jobs, a man who has admitted sexually harassing women and many other grievous character flaws.

(The Enemy from Within)

In my view, his most deplorable behavior is disuniting the citizens of this great nation, pitting one faction against the other, thereby weakening the intimate fabric of the country, crucially needed to defend against external enemies of which there are many.

All races, Black, White, Asian, Hispanic, need to close ranks to defeat the threat posed by four more years of a Trump Presidency.

Donald Trump lost the popular vote in 2016 but won the electoral college vote due to the political savvy of his handlers, also accompanying him this time around.

According to a recent study, over one million Americans of all extractions did not vote in the last presidential election. If this article motivates citizens in my area of influence to go to the polls this time around and vote for anyone other than Trump, I will feel that the country is once again safe from internal enemies, of which there are also many.

The stakes are high; our freedom is at risk, the long-lasting effects of a Supreme Court crafted by an immoral and unethical President will affect all Americans, even those not yet born.

“Now is the time for all good men and women to come to the aid of their nation.”

Search: The Enemy from Within