Maybe – just maybe – Americans will get some relief from the relentlessly rising prices of pharmaceuticals.

That, of course depends on Congress pushing back against the drug companies’ formidable lobbying machine, their generous campaign contributions, and the industry’s historical coziness with members of Congress. But this year seems different.

When you consider that the country’s spending on prescription drugs increased by 28 percent from 2011 to 2016, it’s easy to see why it’s harder for politicians to ignore the public anger over prices of life-saving medicines they can’t afford.

Iowa Sen. Charles Grassley, who heads the Senate Finance Committee and has co-sponsored a bipartisan bill to tackle drug prices, has said that passing a bill to control drug prices will be essential to Republicans’ “keeping a majority in the Senate.”

Grassley went further. “Eventually it will come down to this. There are 22 Republicans up for election this year, and if it’s like in my state … there is a great deal of disgust with the rapidly increasing prices of drugs.”

Is a breakthrough really at hand?

I checked in with David Mitchell, a former public relations executive and now a cancer patient, who has been leading a grassroots effort to challenge Congressional thinking about drug prices. Mitchell’s organization, Patients for Affordable Drugs, has heard from some 20,000 patients recounting the troubles they’ve had paying for their medicines. Many of these people have told their stories to Congress.

I’ve written about Mitchell in this space earlier and wanted to know how his organization was faring in its quest for cheaper drugs.

Mitchell was upbeat. “The fact we’ve gotten this far, and there’s still talk of getting something meaningful done is remarkable,” he said. “The anger is really boiling up, and elected officials know and feel this anger can cost them their jobs if they don’t do something.”

The issue is, he said, can a compromise be reached that will get to the president’s desk?

Drug legislation is never easy to understand so I asked Mitchell to break down the main ideas for reform and the points of contention on Capitol Hill. Here are the main elements that could find their way into a final legislative package.

Changing the patent laws would encourage market competition and make it easier for generics and biosimilar drugs – similar versions of medicines made from living microorganisms found in plant or animal cells – to come to market.

Negotiating drug prices for Medicare beneficiaries would be a huge step toward helping seniors. Recall that the 2003 law that authorized Medicare’s drug benefit prohibits Medicare from negotiating prices with pharmaceutical manufacturers.

A bill sponsored by House Speaker Nancy Pelosi would allow Medicare to negotiate prices for the top 250 brand name drugs that are usually the most expensive and would levy steep fines for manufacturers that refuse to negotiate.

A move to cap out-of-pocket costs for seniors might encounter the least opposition from the industry, and Pelosi’s bill would limit those costs to $2,000 a year. A Senate bill introduced by Grassley and Oregon Sen. Ron Wyden caps expenses at $3,100.

“Everyone agrees that we need to fix the unlimited out-of-pocket expense under Medicare,” Mitchell says.

Pricing drugs more in line with what people in other industrialized countries pay, using a system called reference pricing, is far more controversial. U.S. drug prices are two to three times higher than those in most other nations, and a reference pricing system would lower costs for patients and lower revenue for drug companies.

Injecting more transparency into the system of pharmacy benefit managers, the middlemen between insurers and drug makers who cut secret rebate deals that determine what patients ultimately pay, would shine a light on how prices get set.

While Congress considers which of those solutions might make it into law, the pharmaceutical industry is taking no chances that things might change. Although a recent Gallup poll shows drug companies are the most poorly regarded businesses in a list of 25 industries, their PR machine is in overdrive trying to convince Congress to preserve their customary path to profits.

An epic legislative battle is in the making.

How do you think drug prices should be controlled? Write to Trudy at trudy.lieberman@gmail.com. 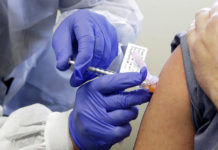 Britain OKs Pfizer vaccine and will begin shots within days 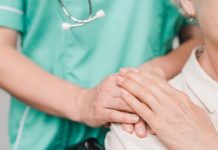 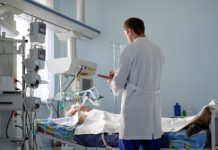 Q&A: When misinformation spreads faster than the virus itself, trusted sources...

Contributed - March 19, 2020
In an era where the news and social media cycles are spinning faster than ever, it’s very tempting for the public to constantly search for new information,

Contributed - October 21, 2020
The California Department of Public Health (CDPH) announced today that Riverside County will move back to the state’s purple tier, which is the most restrictive tier that requires several types of businesses and places of worship to move outside. These places will need to change operations to outside only within 72 hours.