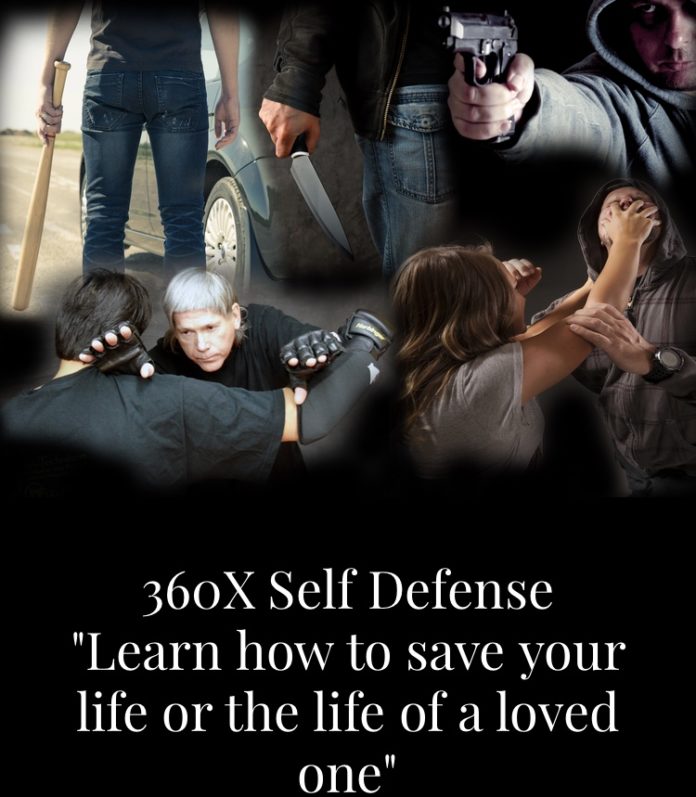 This Saturday, July 13, from 12 PM to 2 PM, 360 X Self-Defense in Hemet will be hosting the kick-off event of the Riverside County Gun Owners (RCGO) PAC. RCGO members will listen to a speech given by incoming Sheriff Chad Bianco on the nature of the (Concealment and Carrying of Weapons (CCW) laws and procedures.
“I am a strong supporter of both parts of The Second Amendment: the right to both keep and bear arms.

I believe that every law-abiding citizen, properly vetted, should be allowed to carry a firearm if they so choose,” said Sheriff Bianco.
Bianco’s is seen by gun owners as a shift from the previous administration that did little to aid gun owners who wished to carry firearms legally. “As a gun owner myself, I’ve spoken with gun owners who believed that the relationship between the previous Sheriff and the NRA didn’t truly seem to be fostering a supportive stance toward the rights of gun owners.

Any time you had a healthy, legal, law-abiding citizen wishing nothing more than to utilize their constitutional rights…and they had to wait two years or more to do so…the system is broken and the people involved were doing nothing to solve the problem. To the contrary, they were part of the problem, not part of the solution,” said Sheriff Bianco, adding, “the average honest citizen has the right to defend themselves.”

Ken “Professor Ken” Haslam, Sensei and owner of 360 X Self Defense is a firm believer in the need for all types of self-defense. “We are a personal self-defense school that looks at all areas of personal defense against violent crimes,” said Haslam, adding, “We believe that utilization of a weapon-any weapon-when your life is threatened, is not only a right…but a duty. Each individual has a duty to learn to properly use all weapons of self-defense, whether it be their own body or if the situation calls for it, a firearm. The speech will be given by Sheriff Bianco this Saturday, and the new procedures fit right into our philosophy.”

Dezarae Payne, Executive Director of RCGO, couldn’t agree more. “Sheriff Bianco has always been a strong defender of the Second Amendment, and his leadership was needed in the area of CCW procedures.” Payne says that the old system of requesting a “concealed carry” permit was so laborious with so many hoops to jump through…that honest gun-owners just gave up. “People were waiting two years sometimes, and the system seemed purposely unfair. This “meet and greet” is a welcomed change from the anti-gun owner climate of the past, and we at RCGO are excited about the positive change.”

Under the 14th amendment, each state has the right to regulate its gun ownership process. In California where honest gun-owners have been delayed their rights to bear arms, the process delayed their power to the point of essentially denying those rights. Sheriff Bianco’s new system has streamlined the process considerably. “Now we understand that some people are being issued their CCW Permit in a matter of weeks,” instead of years.”

But Sheriff Bianco says that he hasn’t come up with anything new. “People are praising me for the new process, but truth be told …there’s really nothing new. We have excellent field investigators. Those investigators are the men and women tasked with investigating those who would like to carry a weapon.

I simply, and literally told them to do their jobs. Under the previous administration, that process was being hindered.” In reference to the CCW Permit procedure of the past-its vetting times and rejection rates, Bianco says there was no accountability and honest accounting, and no way for the average gun owner to know where he or she stood in the procedure. “I’m a lifetime and Benefactor member of the NRA, but the groups responsible for supporting and furthering responsible gun ownership-the previous administration, the NRA California branch, headed by H. Paul Payne, and also the California Rifle and Pistol Association (CRPA) didn’t seem to be addressing the most important issues. I am correcting that.

The previous administration never gave direct answers for rejection rates and procedures. Very simply put, the previous administration, for all it said in the press, was not very supportive of the Second Amendment. I am.”
Some have also questioned why a martial arts school would also be interested in firearms usage, but for 360 X Self-Defense owner Haslam, the answer is simple: self-defense. “People seem to forget that the term “Martial Art” has, embedded in the term, the word “martial,” meaning war. The term comes from the Greek God Mars. It’s a military Art.”

Haslam has devoted his life to the understanding of human nature vis-a-vis self-defense. He’s studied statistics on criminality in general and also murder, rape and assault, and to “The Professor” it all comes down to one simple question: how do you know what to do when you are assaulted? “People today think that martial arts is about having fun with children…or just training kids, but they couldn’t be more wrong. In this studio, we are focused on violent crime survival. It’s that simple. It’s about survival using the best, or in some cases any, means necessary-from empty hands techniques to the frying pan the lady of the house may need to defend herself in an emergency, to someone who is well-trained using a firearm to save their lives.”

When Haslam learned that Sheriff Bianco and the RCGO needed a place to discuss needed CCW changes, he was more than pleased to host the event. “When one of the top law enforcement officials in the area wants to discuss training and needed changes for law-abiding legal citizens, we feel it’s our duty here at the studio to give him the opportunity to speak.”