Jehovah’s Witnesses continue their ministry inside prisons without sending in ministers.

The 60-cycle hum of dim fluorescent lighting was all that LeConte Hall could hear as he sat with a deaf Bible student named Derick, locked inside the tiny concrete-encased office of a prison chapel in Vacaville, California.

“‘Throw all your anxiety on God, because He cares for you,’” Hall signed, quoting a Bible verse found in the first letter of the apostle Peter. “‘Please, remember that.”

After they practice the scripture in American Sign Language (ASL), Hall writes the words on a piece of paper for Derick, who tucks it in his shirt pocket, flashes a smile, and thanks him. Prison rules don’t allow him to leave the ASL Bible DVD behind, so Hall ejects it before knocking on the locked door of the small office, which is just large enough to hold the two men, a desk, and a television.

Hall had a sense of foreboding that day in March as reports of an emerging pandemic began to dominate the news. He feared that prison lockdowns were looming. “You always think when you leave the prison, there might not be a next time,” he said.

This time his fear became reality: there really was no “next time.”

COVID-19 shut down access to most U.S. prisons, including the California Medical Facility (CMF) where Hall volunteers with a group of Jehovah’s Witness ministers. Without warning, inmates were cut off from a robust Bible education program that included weekly Bible-based discourses, audience discussions, individual Bible studies, and video presentations.

“Our concern was for them,” said Dan Houghton, who helps coordinate the efforts of the Jehovah’s Witnesses’ correctional facility ministry in the U.S. “They needed us more now than ever. They were cut off from their lifeline of spiritual feeding.”

Within weeks, Jehovah’s Witnesses pivoted their in-person ministry and activities around the country to virtual meetings and preaching through letters, telephone calls, and videoconferencing.

Yet, these changes reaped unexpected and amazing results, as their California prison ministry illustrates. To help the state fulfill its legal obligation to offer religious services to inmates, Jehovah’s Witnesses were asked to provide video content for the television network that broadcasts to all the state prisons. In July, a 28-minute program replete with ASL translation made its debut—broadcasting three times a day, seven days a week, to all 33 state prisons and potentially reaching more than 130,000 residents.

One prison community resources manager said that Jehovah’s Witnesses are the only religious organization that has been able to consistently provide video content each week. Hall expressed a sense of joy and relief, envisioning his deaf and hearing impaired Bible students at CMF watching the programs in ASL. “It’s like someone has come to visit them personally and share God’s message to them directly,” he said with a smile, thinking back to the handwritten scripture he left with Derick seven months ago.

Prison ministry volunteer Micah Seierstad, whose request to send video content to one prison at the start of the pandemic blossomed to reach all prisons in the state, saw it as evidence of divine blessing on the work. “It is amazing to see Jehovah’s hand,” he said. “When Jehovah God wants something done, it gets done.”

For example, officials at the Sarasota County Jail in Florida, where the only respite for inmates during the pandemic is a weekly trip to the roof to look up at the sky, knew that they needed to offer something more. At first, tablets were provided—one for every four inmates—with pre-downloaded books, but these would frequently malfunction. Then plans were made to reopen the jail library, but there weren’t many books to give out.

The sergeant knew who could help. He reached out to Manolo Rodriguez, the Jehovah’s Witness minister he would see conducting Bible studies and meetings at the jail several days a week. The sergeant asked him for 70 Bibles and 30 “inspirational books.”

Rodriguez and his wife Fabiola spent years volunteering at the jail, so they understood the struggles the inmates face, from emotional distress, mental illness, drug addiction, to feuds within the jail walls. The Rodriguezes thought of the comfort 70 Bibles could bring, and they got to work. They contacted local congregations of Jehovah’s Witnesses and collected all the Bibles that were in stock at their Kingdom Halls, which were shut down due to COVID-19. Within a week, they had amassed 50 Bibles in English, 20 in Spanish, and 30 Bible-based publications in a variety of languages ready for the sergeant to retrieve.

“I pray that these Bibles will help turn the lives of these people around so that they will not have to come back inside the jail walls,” said Manolo Rodriguez. “We have received word from the facility that some inmates have been enjoying the donated Bibles and literature already.”

Throughout the country, Witnesses continue to build a spiritual lifeline into their local prisons in whatever way they can. In Los Angeles County, California, trained volunteers are sending letters and literature to more than 300 inmates in the Pitchess Detention Center who have requested Bible information.

In Charleston, South Carolina, a Witness prison chaplain keeps up with his six Bible students in the Sheriff Al Cannon Detention Center through video calls. He points his laptop camera to the recorded meetings playing on his iPad, turning his living room into a virtual prison chapel.

Perhaps the most positive pandemic-driven prison preaching initiative takes place on the inside. “I’m getting Bible studies started here!” one inmate wrote in a letter requesting more Bible-based literature.

At the North Central Correctional Complex in Marion County, Ohio, four prisoners who became Jehovah’s Witnesses reported preaching for a total of 206 hours and studying the Bible with 15 individuals in one month alone. Houghton said the inmates realized that they had to “ramp things up” when the Witnesses could no longer come in to help.

“Life is sacred. Life is valuable,” said Houghton. “Everyone deserves the chance to learn Bible truths. Some people might say, ‘They’re just prisoners.’ But that’s not how God views them and that’s not how we view them. We love these people.” 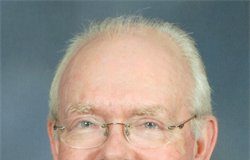 Know Yourself that You May Know God

Contributed - August 9, 2019
I had been on staff at a church for twelve years when I left to assume the senior ministry of a...

Susan Beckett - April 24, 2021
There’s an old story about four women who found themselves on the third floor of a burning building. Of course, they were practically paralyzed with fear, but afraid of being trapped in the elevator, they ran to the stairs and began their descent to safety. The stairwell was dark and filling quickly with smoke. It was truly terrifying for them but the women hung together as they descended. Suddenly, not quite halfway down, one of the women panicked and wouldn’t move another step. “I’m too afraid!” she declared. To which the leader in front firmly replied, “Then just do it afraid!”