You’re 58 and most of your friends are looking toward retirement, so what do you do? You decide to become a novelist. “I’d always been a voracious reader; even as a little girl, especially children’s fiction. My mom told me that at a very young age I was reading and writing little stories,” said Lynne Spreen, author of five novels, and member of The Diamond Valley Writers’ Guild here in Hemet. After graduating from the University of Redlands with a BA in management, Spreen worked in the public school system and, after thirty years, decided to retire and become a novelist.

“I’d always been intrigued by women who encountered, and then overcame obstacles, so at 58 I wrote my first novel,” said Spreen, adding, “When I wrote the first novel, Dakota Blues…I wrote about a woman who was 58-my age; now I’m writing about women in their mid-sixties, so I guess I’m a bit narcissistic.”

Spreen always knew she wanted to write, and she knew she’d have to pay her dues. “After attending several workshops and conferences on novel-writing, I actually threw out several chapters I had written and started from scratch, so that I could turn out the best product possible.” All that effort paid off as Spreen won a 2013 “Women’s issues” Next Generation Book Award for Dakota Blues.

“I’ve had four books since then and each time I feel I have become a stronger writer,” said Spreen adding, “I’ve learned how to put my characters into certain situations, and have them work, and grow, while overcoming their obstacles.”

One of the obstacles Spreen had no problems with was criticism; “One of the great things about writing conferences and courses is that you receive honest but constructive criticism, and I’ve always been able to use that.” Spreen has earned her accolades, writing five books in seven years; Dakota Blues, Key Largo Blues, Goodbye to the Blues, California Blues, and Middle-Aged Crazy: Short Stories of Midlife and Beyond.

While some feel that “reading is dead,” Spreen sees things differently. “There is a great hunger for reading now, but some fear the predominance of ebooks. Nothing could be further from the truth. While it may be true that there are many lightweight distractions online— and I’m not immune to wasting an hour or two on them myself—a good story will always fascinate the human brain.”

While Spreen has encountered obstacles along the way, she says she has her husband, Bill, to thank for always being supportive, “He could not have been more supportive, even when things weren’t going well.” Next up for Spreen is a series of books titled “The Sedona Silver Romance Series,” with the goal of having the three-book series finished by December. 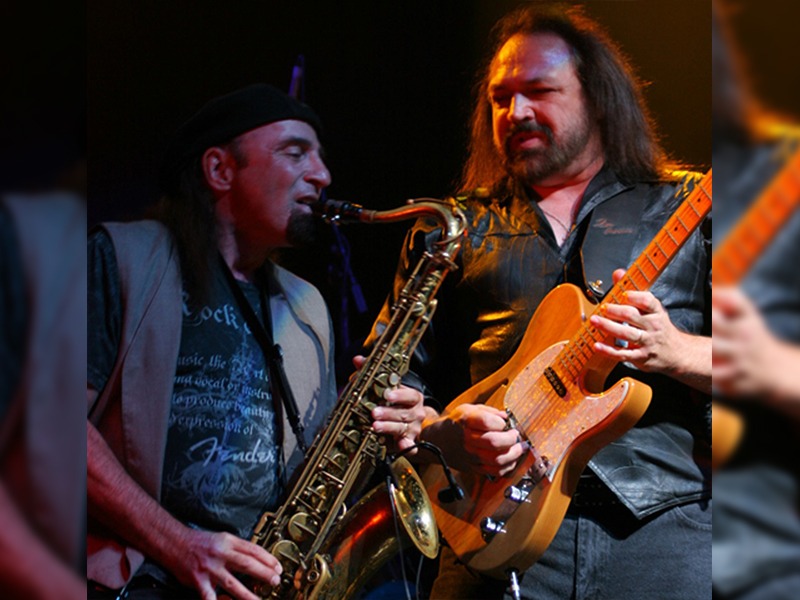 Contributed - September 10, 2021
The Historic Hemet Theatre continues to pack the house with shows featuring the top tribute bands in the country. Last weekend’s Tribute to Led Zeppelin was no exception. “Led Heads” filled the dance floor, singing along or just coming close to admire the astonishing talents of the Led Zepagain band members.