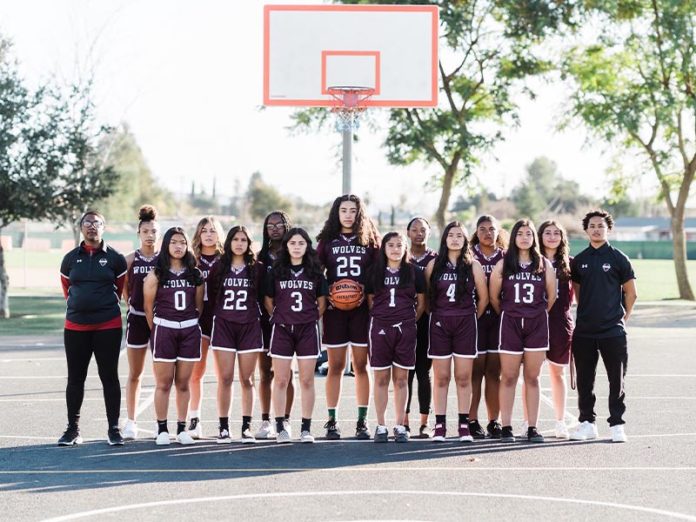 Move Over Boys, These Girls are Making A Name For Themselves Now!

Jheisymae Artagame is only a sophomore but is having an amazing season. Artagame transferred from San Jacinto High School and was forced to sit out the first half of the season. So when she got the chance to start playing, she wasted no time. Artagame is averaging: 21 points, 4 rebounds, and 5 steals per game. She has a quick release and has a really high basketball IQ.

Krislyn Mozga is also a beast in her own right, averaging 11 points per game, 5 assists, 6 rebounds, and 6 steals. She is also only a sophomore. Kalia Anady is having quite the season; she is putting up double 7’s. Seven points a game and seven rebounds. Rayann Dudley grabs about seven rebounds a game as well.

In true Mamba fashion, the leading scorer for the Wolves is wearing #24, and she wears it with pride. Princess Mccauley is putting up 22 points and 10 rebounds per game. She is, Misses Double-Double and plays with a type of tenacity that has proven to be unmatched this season. Mccauley is only a Freshman and is already building a reputation around Southern California for being an elite scorer and ball handler.

The crazy thing about this team is: it is loaded with underclassmen; in fact, there is only one junior and no seniors on the roster. Get used to hearing these lady’s names now, because they are only coming up and there are four more years left of their reign. Each one of these girl’s styles of play is different than the others, but they all fit together like a well-oiled machine that has been operating as one for many years.

Coach Shanequa Mccauley and staff have done an amazing job with this team and their future is bright. Stay tuned for updates on the San Jacinto Valley Academy girl’s basketball team as they continue to tear through the CIF playoffs in 2020.