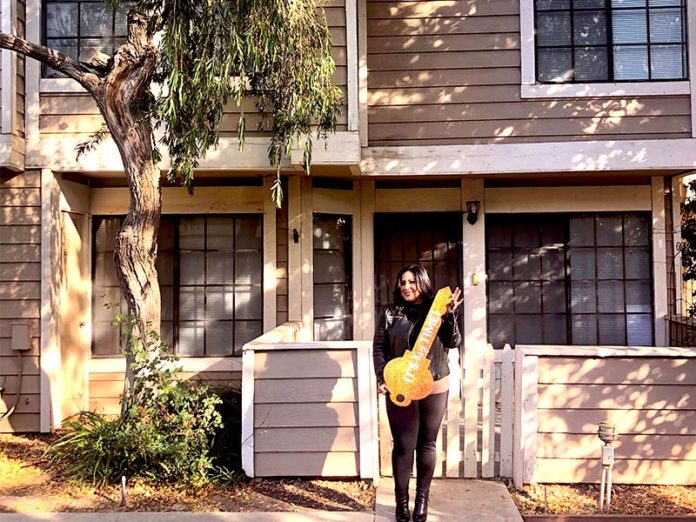 (Step-By-Step Plan to Buy A House)

A national housing survey found 88 percent of Hispanics felt homeownership was a good long-term investment, with 92 percent reporting they planned to be homeowners.

Jocelyn Vasquez is living proof of those statistics.

At a young age, her parents instilled the belief that if you owned a home, you had achieved the American dream. That dream of homeownership carried a lot of weight for her Hispanic parents, who had immigrated from El Salvador in 1977.

Jocelyn turned the dream into an aggressive goal for herself:

“My goal, as a U.S. citizen, was to graduate college and get a house before turning 30,” says Jocelyn. “And, I wanted to do it on my own.”

To accomplish this, the Los Angeles, California resident made a roadmap for herself. She saved, attended college and kept her student loan debt as low as possible – all without burdening her parents.

After she graduated, Jocelyn got a job as a loan officer assistant. It wasn’t until she had worked there for three years that she fully understood what was needed to qualify for a mortgage. The lightbulb went off when she realized, “I really could buy my own home someday.”

That was when she got serious. Because California real estate is so expensive, Jocelyn got a second job. She earned her real estate license and worked part-time as an agent, determined to save all her commission checks for a down payment.

It took her three years to build her savings, pay off bills and get her debt-to-income (DTI) ratio low enough to qualify for a loan. (Many lenders don’t want a borrower’s debt to be greater than 45 percent of their gross income.) Once she achieved this, it was time to execute her plan.

Jocelyn searched for a house that was less than $300,000 – not an easy task in the Greater Los Angeles Area. She looked at 16 homes before she found a 2-bed, 2 ? bath townhouse, with a 2-car garage for $285,000. Even though it was perfect for her, she took the weekend to think it over before making an offer. Unfortunately, her hesitancy cost her. By Sunday night, the seller had already accepted an offer. Jocelyn was devastated.

“I felt so discouraged, I didn’t know what to do,” she admitted.

“After all my hard work and determination, I couldn’t believe I had missed out on this house. But I told myself what I tell all my buyers, ‘If it’s meant to be, it will be.'”

It must have been meant to be: Five days later, Jocelyn got an alert on her phone informing her the house was back on the market – for $7,000 less. Jocelyn immediately called the seller’s agent, who told her the first buyer had backed out of the deal because his truck didn’t fit in the garage. This time, Jocelyn didn’t hesitate to offer the new asking price of $278,000.

Jocelyn used conventional financing with private mortgage insurance, which allowed her to put down less than 20 percent. By saving diligently, she was able to make a five-percent down payment of $13,900. Her current monthly payment of $2,020 is exactly what she paid to rent her previous 1-bed, 1-bath, 640-sq.-ft apartment in downtown LA.

“This is the best investment I’ve ever made,” says Jocelyn. “In the two years I’ve owned my home, its value has increased by almost 15 percent. It took a very long time, but I knew my plan would work eventually. And, I did it all on my own at age 28. My goal now is to help other Hispanic homebuyers realize the American dream of owning their own home.”