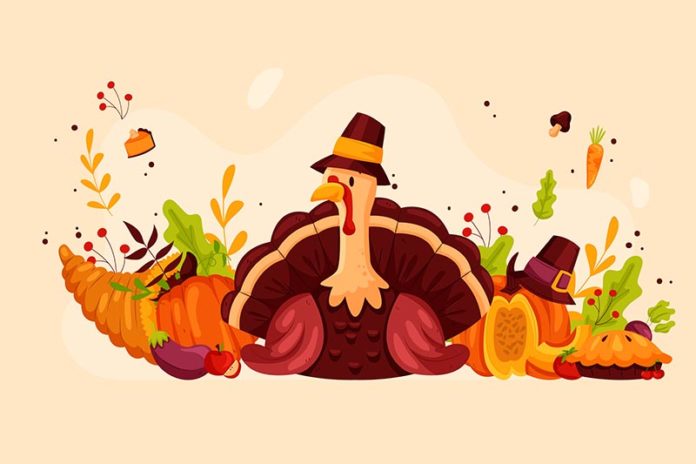 (Thanksgiving around the world)

We who enjoy the right to live in freedom in the greatest state of the greatest country in the world, sometimes believe that if it isn’t happening to us, it just isn’t happening. Yes, we know all about the Pilgrims and Plymouth Rock…but just once maybe we might consider what the rest of the world finds worthy of being thankful for. Times change. Wars and political settlements change borders.  Let us not forget historical and generational changes as well. The latter is something of which my son constantly keeps me informed.

The where, what and why of holidays and the reasons for which we celebrate them also change. For instance, our Thanksgiving Day has basically been celebrated on the fourth Thursday of the November. Now it is situated so the country can take an extra day off. Friday after Thanksgiving used to be the day we recovered from the over-stuffing we did the day before.. Today that Friday is called, “Black Friday,” which has nothing to do with boiling cauldrons or witches. Instead, it becomes a time for folks to abandon home and hearth to do their discount Christmas Shopping. Black is hardly the color of the event. Stores are stacked from floor to ceiling with bright blinking lights. Folks prod and shove, while carelessly knocking over other shoppers to get their hands on that last television that is priced 50% off “for today only!!”

We are like herds of disoriented bison racing across the prairies, destroying everything in sight. Racing to where? Just to get “there.” We have been led to believe that nobody in the world has anything to be thankful for except us, but hold on a second or two.. Thanksgiving is celebrated around the world for various reasons, so let’s take a look.

According to Wikipedia, a dozen other countries celebrate some type of “Thanksgiving Day.”
AUSTRALIA: : American sailing ships brought the holiday to Norfolk Island where it is celebrated the day before the last Thursday in October, or a month before our observance.
UNITED KINGDOM: Unlike the United States, there is no set date. Traditionally held on or near the Sunday of the harvest moon that occurs nearest to the autumnal equinox, where it has roots going back to the Saxons where wheat and other grains were offered to fertility gods. At reaping time communities came together to celebrate with a harvest supper. When Christianity came to the country, the observance was continued. Today it is celebrated in churches and schools from late September into early October, where food is collected and donated to local charities.

JAPAN: Labor Thanksgiving Day is a national holiday, celebrated on November 23rd. Again, American influence during the occupation, following World War II, encouraged the holiday, although it has roots in an ancient Shinto ceremony.
JUDAISM: Reform Judaism does not ban Thanksgiving because it is considered secular, not religious.

SAINT LUCIA: Celebrated on the first Monday in October, it has no known foundation.
PHILIPPINES: The Philippines became an American territory following the Spanish/American War of 1898 and continued until 1946 when they were granted autonomy at the end of World War II. During the Japanese occupation both Filipinos and Americans there celebrated Thanksgiving secretly. During the years of martial law it was also secretly observed. It returned during the presidency of Ferdinand Marcos. After his ouster in 1986, the tradition disappeared. Since 2001 it has been revived among workers employed by American employers.

THE NETHERLANDS: A non-denominational Thanksgiving Day service is held each year on the morning of the American Thanksgiving Day at a Gothic church in Leiden, noting the hospitality the Pilgrims received in Leiden on their way to the New World.
Orthodox Protestant churches celebrate it on the first Wednesday in November, although it is not a public holiday.

LIBERIA: Thanksgiving occurs on the first Thursday in November, celebrating the 1820 colonization of freed black slaves from the United States.
GRENADA: Celebrated on October 25th, this holiday has no relationship to the Canadian and American traditions, although it is celebrated during the same time period. It actually marks the anniversary of the U.S. invasion of the island in 1983.
CANADA: Celebrated on the second Monday in October to give thanks to the end of harvesting. There are some religious ceremonies but mostly this is a secular event and is a statutory holiday throughout the country with the exception of New Brunswick and Nova Scotia.

CHINA: In China they celebrate an “August Moon” festival, which falls on the 15th day of 8th lunar month of the Chinese Calendar. It is traditionally believed that when the moon is brightest, lovers speak out their heart to each other, and that women are similes to warm and compassionate virtues and own the gift of fertility, the same as mother earth.
BRAZIL: Quite similar to the American Thanksgiving. An Ambassador of Brazil, on a visit to the United States, was taken by the humbleness of our Thanksgiving and took it back to his country where it is celebrated as an expression of gratitude to Almighty for an enormous harvest.

(Thanksgiving around the world)

SOUTH KOREA: Their Thanksgiving, known as Chu-Sok begins on the 14th night of August and continues for 3 days. Prior to the evening meal, the family gathers in moonlight in remembrance of ancestors and forefathers. Children are garbed in long-prescribed dress, dancing a circle with the inherent desire of being blessed.

UNITED STATES OF AMERICA: Now to the Thanksgiving roots we so delightfully celebrate as though our world was discovered in tact, with Macy’s and Saks Fifth Avenue sitting down there on Manhattan Island waiting for our business. That’s no where near what happened and all the happy greeting at Plymouth Rock did not exactly happen that way.
The Indians were not down at the docks welcoming the straggling mess of civilization that came ashore near Plymouth Rock. Most passengers and crew were suffering from exposure, malnutrition, scurvy and numerous other contagious diseases. Only half of the original crew that boarded the Mayflower in England actually reached the New World. The rest died at sea where there remains were fed to the depths of the Atlantic Ocean.

The passengers and crew aboard the Mayflower were mostly members of the English Separatist Church who took shelter in the Netherlands. Their adventure into the New World was designed to seek a better future. They were destined from the beginning to encounter failure. The weather only worsened the disaster-in-the-making. That anyone survived was a miracle. One Abenaki Indian greeted the Pilgrims in English (much to the surprise of everyone involved).
He then departed , returning several days later with Squanto, from the Pawtuxet Tribe who was later sold in slavery to an English sea captain: some reward to the man who saved the straggling adventurers.

Despite his own situation, Squanto became a teacher to these strangers from across the water. He taught them much about their new habitat: how to cultivate corn, make syrup from the sap of maple trees, fish the Massachusetts rivers, and avoid poisonous plants.
Squanto became a mediator between the various tribes and their new visitors, uniting them with the native Americans. Of the various tribes in the area, the Wampanoags tribe is one of only a few who kept a peaceful relationship with their European invaders over the years.
So how did our Thanksgiving come about? We probably learned the basics in kindergarten, but today most have only a general idea.
In November 1621, the colonial Governor William Bradford organized a feast to thank the Native American hosts for their kindness. Ninety-one Native Americans joined them for the occasion.

We know, from historical documents, that it was a three-day celebration that featured fowl (probably wild turkeys) and five deer that were brought to the feast by the Wampanoags.
They were celebrating the first year of survival with their benefactors. There is no place that I can find where pumpkin pie was part of the deal, nor cranberries-both of which are now a necessary part of the feast.

Thanksgiving in America became an irregular event, randomly celebrated. It was not until Franklin Roosevelt became president that it became a national holiday. He declared that it should be celebrated one week prior to the next to last Thursday in November. There was an uproar in political circles. In 1941, sanctioned as a legal holiday by Congress, it was passed that Thanksgiving would be a legal holiday on the fourth Thursday in November. A tradition was born.

I have also come upon something else about Thanksgiving, generally not known: we believe that the first Thanksgiving was the one that was celebrated by the Mayflower survivors. Not true. Thanksgiving Day was celebrated on September 8, 1565 in St. Augustine, Florida, the oldest permanent settlement in North America, when Pedro Menendez de Aviles and his men shared a feast with the natives, more than fifty years before Plymouth Rock.

At the beginning of this story I spoke of changes. Over the years, our traditional Thanksgiving has taken on additional reasons for its existence. Today, Thanksgiving isn’t just about turkey and all the trimmings: charity and giving has emerged as a cause. Football games and parades have become focused on pretty much everything but the Mayflower crowd. Macy’s Thanksgiving Day Parade, with all its Disney balloon characters and other commercial floats, is an introduction to Christmas shopping. Turkey Day has become a celebration of commercialism just like every other American holiday. The Mayflower and its sickly passengers have passed into oblivion. Yes, time changes things. Yes, time marches on…but has it ever occurred to us that maybe we are out of step with the music that time plays? Just sayin’
rustystrait@gmail.com

Search: Thanksgiving around the world

One in Three Children With Disabilities Has Experienced Violence: Global Study

Contributed - March 24, 2022
Children and adolescents with disabilities experience physical, sexual, and emotional violence, and neglect at considerably higher rates than those without disability, despite advances in awareness and policy in recent years. This is according to a systematic review of research involving more than 16 million young people from 25 countries conducted between 1990 and 2020.