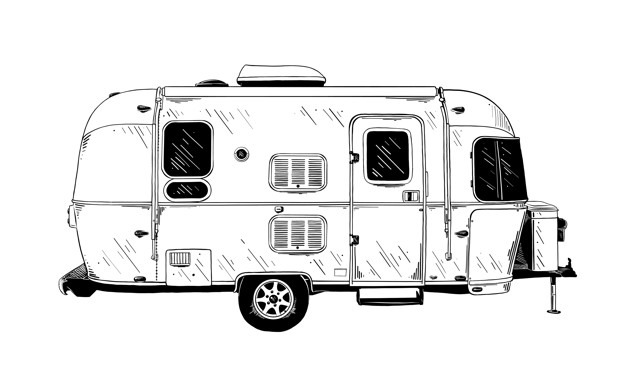 My biological grandfather, James Shirkey, died before I was born. Grandma remarried twice after that. Her third husband, Mont Vickers, was the only grandfather that I knew. His family came from a small town up Elk River near Clendenin, and were somewhat well to do. They had a tendency to look down on grandma’s clan but my grandfather’s mother took a liking to me which created a bit of jealousy on grandma’s part because she pretty much thought of me as a younger son.

Grandpa was a hard working man, and like my father favored the bottle. Also like my father, he spent two years in prison. He did his time at the West Virginia State Penitentiary in Moundsville. Some time early on during the great depression he and a couple of his fellow employees at Lowenstein’s Hardware Supply stole some merchandise. Grandpa, being the honorable man that he was, took all the blame and did all the time. He simply refused to rat out his buddies. He was true blue that way.

During my teen years, I had feelings of insecurity and suffered an inability to deal with the fears, frustrations and loneliness a boy feels without a father. So Grandpa became my male role model.

My grandfather worked long hours, often six days a week. I learned by his example that a man must work. A week-end boozer, he disappeared on Saturday evenings until Sunday night to be with his drinking buddies on the banks of the Elk River.

When I asked him why he liked spending the night at the river, he said,
“Why would you want to know that?”
“Just ‘cause, I guess.”
“Boy, you sure want to know a lot.”

He tousled my hair and added, “If you really want to know, men are not much different than boys your age. We’re just older.”

“That’s not what Grandma says. She said you came home smelling like a sot. What’s a sot, grandpa?”
He laughed. “Nothing for you to worry about,” he said, patting me on the shoulder. “When you get a little older you’ll understand that women don’t know men as well as they think. Men have their ways and women have theirs.”

I loved Grandpa, but a grandparent is not a father, so I struggled with feelings of rejection, especially when other boys went on and on about all the things they did with their dads.

Grandma hated Grandpa’s drinking. However, she loved him so much that he usually got off with a lecture about hell’s fire and damnation and then, the weekly cycle began all over again.

Grandpa did not show any interest in organized religion. He respected the preacher and Grandma’s devotion to the Lord. The only time I recall him ever being inside a church was when his mother died.

I had a special relationship with Grandpa. We both loved baseball, and often sat on the front porch together, listening to the Saturday games on the radio (between his frequent trips to the back porch, where he stashed his bottle of bourbon). We could always get the New York Yankee and Brooklyn Dodger games. I enjoyed the tales about the old time players from his youth. Like a sponge, I soaked up baseball lore. He spun yarns about the exploits of Ty Cobb and Honus Wagner. He also enjoyed the big stars of the thirties, like Babe Ruth, Lou Gehrig, and the St. Louis Cardinals “gas house gang” which included the Dean Brothers, Dizzy and Daffy. The New York Yankees were his favorites. He could spin the most exciting tales of their exploits on the diamond.

He sometimes became moody when he drank and took offense at an unintentional remark. Since I had a tendency to speak out of turn without thought of consequence, Grandma tried to keep me away from Grandpa when he drank, but that’s when he and I had our best conversations. He indulged my yakking. I didn’t care that he drank. I loved him and I knew he loved me.

One time we were listening to a Yankee game when Mel Allen,“The Voice of the Yankees” said,
“It’s a triple play and the inning is over.”
I’d never heard the expression before. “What’s a triple play, Grandpa?”
He put his arm around my shoulders and said,
“You’d already know these things if your mother wasn’t such a sissy.”
“She’s a girl,” I said. “Girls are supposed to be sissies.”
He laughed. “Guess you’re right.”
He tried to explain how a triple play worked, I shook my head like I understood, but I didn’t. “It was a dumb play,” he said, “ but that’s baseball.”
“I wish I could play baseball.”
“So do I.” He said.

Mama forbid me to play in organized sports. Although Grandpa felt otherwise, he respected her wishes. So I never played sports. But, thanks to Grandpa, I could talk locker room stuff with the best of them.

My grandpa favored me over my cousins. I was far from home by the time he took a liking to my younger cousin Pete, who also came to live with Grandma and Grandpa.

Uncle Fred – Mama’s brother resented me, and seemed to enjoy making me feel bad. As the father of twelve, he never failed to remind me that I had no father, and shouldn’t be treated special. I didn’t understand why he felt that way about me. I never felt special.

He got a big kick from calling me “Little prissy pants”. In all truth, I reckon Grandma and Grandpa were my real parents, the nuts and bolts that kept me sane as a child. I followed Grandma around like a puppy dog, asking a thousand questions a day. She never shushed me, but did her best to give me answers I could understand.