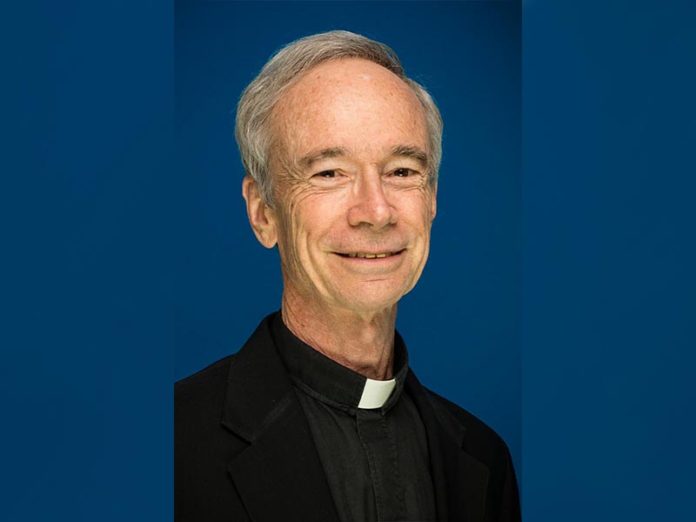 I wish I could publish a blank column today. As a 75-year-old white guy, it is hard to know what to say in response to racism and police violence toward black men and women.

For all my years as an adult, I have watched people struggle for justice and equality for black America, and yet racism still prevails. I remember the civil rights movement of the 1960s and the assassination of Martin Luther King. I remember marches, demonstrations and riots. I read commission reports and watched civil rights legislation be enacted.

Every time something bad happened, we were promised, “Solutions are coming. Things will get better.”

And yet, there is still great poverty and unemployment in the black neighborhoods. Black men are at risk when confronted by police. Schools for black children are inferior. Healthcare is lacking, and housing is substandard. Even decent grocery stores are rare. In some neighborhoods, it is easier to find a gun than fresh fruit.

Meanwhile, blacks have been the victims of disease, addictions and crime.

No wonder people are frustrated and angry.

Certainly, improvements have occurred, but it has been limited and slow. When you start at the one-yard line, a 20-yard pass does not get you a touchdown.

At the same time, I have seen white backlash against rioting, busing and affirmative action. I have heard politicians play to white fears and bigotry. I have seen good people give up because of frustration, burnout and despair. The attention of others has simply moved on to other things.

Greater writers than I have decried racism and inequality, but all these words fade into empty space. My generation thought we could end the curse of racism. We did not.

We cheered for black athletes, we welcomed a few blacks to our schools and workplaces, but we live separate lives in our gated communities. Segregation is not the law; it is a choice. Even our churches are still segregated.

White America is blind to racism. It disregards the legacy of slavery, Jim Crow laws and other forms of discrimination. It would rather focus on a few black rioters and criminals than on systemic racism that pervades our criminal justice system.

Real solutions require both conversion of hearts and structural change.

Yet churches are still more concerned about whom you sleep with than your racism. There is still fierce opposition to solutions that will help, like equal spending for schools in black neighborhoods, jobs for everyone who wants one, a $15 an hour minimum wage and universal access to good healthcare.

My generation failed to defeat racism. I hope the next can do better.

The Rev. Thomas J. Reese, a Jesuit priest, is a Senior Analyst at RNS. Previously he was a columnist at the National Catholic Reporter (2015-17) and an associate editor (1978-85) and editor in chief (1998-2005) at America magazine. He was also a senior fellow at the Woodstock Theological Center at Georgetown University (1985-98 & 2006-15) where he wrote Archbishop, A Flock of Shepherds, and Inside the Vatican. Earlier he worked as a lobbyist for tax reform. He has a doctorate in political science from the University of California Berkeley. He entered the Jesuits in 1962 and was ordained a priest in 1974 after receiving a M.Div from the Jesuit School of Theology at Berkeley.

Muhammad Naeem - December 18, 2020
An elderly couple walks into my business—no, it’s not a bar and this is not a joke about an elderly couple walking into a bar—it is a true story. So, this elderly couple came to get their car washed. He opened the door for her, and they both walked to the cashier holding hands tenderly and lovingly.