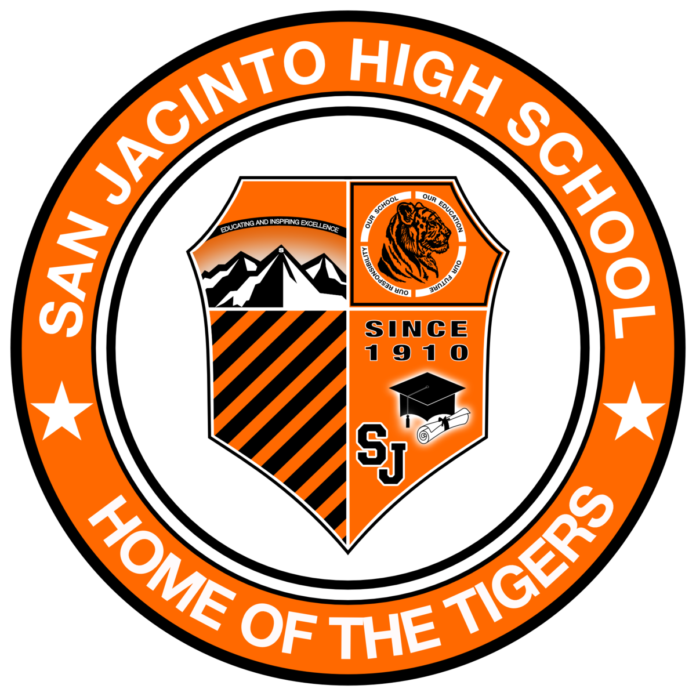 Tigers seeking to prey on Mustangs this week

After a crazy, hectic previous week, some teams in the Mountain Pass league will look to keep up the momentum while others will seek to get back into the win column. In our “Game of the Week” we will take you to San Jacinto High School as the West Valley Mustangs come into town and try to take SJ down.

San Jacinto is currently ranked 129 in the state. They have dropped quite a bit from the beginning of the season when their ranking was 97: currently they have a 4-2 record and are fresh off a dominant victory against Beaumont.

West Valley started the year with a 2-0 record, but have struggled since. Currently they are on a four-game losing streak coming off a tough loss against Tahquitz where they basically beat themselves.

One of West Valley’s key playmakers, Alfred Jones, went down with a possibly significant injury last week: it is unknown if he will be available for this matchup. The West Valley Mustangs are definitely playing the underdog role this week. Many players are going to have to have the game of their lives and hope that San Jacinto struggles to find chemistry.

West Valley is a good team, but they have half as many players as San Jacinto.  That imbalance has many disadvantages: players get tired more easily as they have no one to sub for them; if injuries occur, it gets harder and harder to keep key players in the game. Many West Valley players have to play on both sides of the ball.  As the season goes on, the challenge to maintain mounts with each game. Last season West Valley dominated the matchup 49-0.

Hemet is traveling up to Beaumont.  Hemet is fresh off their amazing victory over Citrus Hill. They have all the momentum and energy on their side going into this matchup against Beaumont. Beaumont seemed poised to finish at the top of the league until they ran into the San Jacinto Tigers last week: the Tigers brought them back to reality. Beaumont will be looking to rebound off of their week six lost and re-assert themselves amongst the best in the division. The last time Hemet and Beaumont played each other Hemet left the game the victors winning 25-14.  Even though this is a different team, Hemet will hope to have a similar performance.

Citrus Hill is hosting Tahquitz this week. Citrus is fresh off a loss against Hemet High, getting beaten by a field goal. Tahquitz is in a position to reap the consequences of that crushing loss. Citrus Hill doesn’t believe a team like Hemet should have ever beaten them. Hemet is a Division 11 team with a brand new QB; their offense and defense have been inconsistent for the majority of the year, showing flashes of brilliance at times, but they’ve struggled to get things going as of late. Citrus Hill is a Division 5 school with a huge roster and talent pool to match, which means they should have a huge advantage over schools like Division 11 Hemet.

Division 13 Tahquitz is the Dark Horse in the league. They certainly have the potential to play competitive games against the upper echelon, but they have a tendency to beat themselves by making silly mistakes.

Kyle Headlee - July 20, 2019
Our Hardknock coverage has begun, Get ready because football is coming quickly and there isn't much time left for these boys...