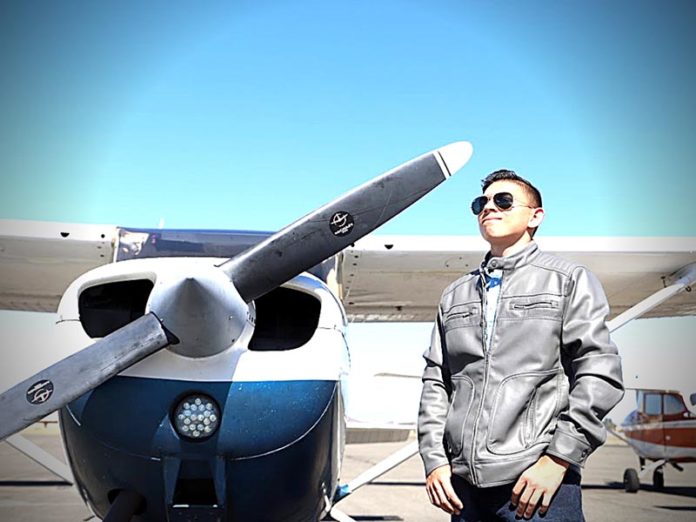 (More Than An Athlete)

“Eyes On The Skies”

“More Than An Athlete” is a new weekly column we are bringing to you. We will focus on local athletes in their off-the-field pursuits. I was always obsessed with sports growing up, it consumed everything around me. My alarm clock was when ESPN’s Sportscenter came on at 5:00am. Even though Sports consumed my life whether it was watching or playing, there was so much more to sports figures than what they did on the field/court. I spent the majority of my free time in highschool volunteering throughout the community. I helped my church feed the homeless, give out gifts to the unfortunate around christmas time, ministering in junior high youth groups, and leading christian club at my high school. As an athlete, no one ever asked me about what I participated in off the field, but rather I was Identified by my athletic achievements. In this weekly column we will highlight a local kid who is More Than An Athlete.

This week is San Jacinto Valley Academy’s own Orlando Acevedo. Orlando is an outstanding student posting a 4.0 Gpa. He plays on the varsity baseball team at his school as an outfielder and is working on getting his private flying license. Orlando loves Mathematics which coincidentally is a major subject in his future career in aviation. Orlando is a Sophomore but already has his sights set for the skies. He has been flying for three years now and is nearly ready to get his solo flying license at the age of 16. At his current rate, he will have his private license at the age of 17. His dream is to become a pilot for one of the major airliners and he hopes to be ready to do this by the age of 25 which is considered young for the industry.

Between keeping his grades high, baseball, flying, Orlando is a very busy student. He enjoys his time off by occasionally playing video games, but he doesn’t get to play as much as he would like. He also volunteers with the Hemet High Key Club feeding the homeless once a month.

Orlando studies aviation at San Jacinto Valley Academy. He is also a key member of the Aviation Club there and enjoys spending as much time in the flight simulator as allowed. Aviation isn’t just a hobby to Orlando, but rather a passion. He is off to a great start, attempting to turn his passion into a career. With a scholar like him, Sky’s the limit.

The Hemet & San Jacinto Chronicle will be keeping their eyes peeled on the skies in order to see where he goes!

Do you know a local Athlete in the valley who is More Than An Athlete? Email me at Kheadlee@HSJChronicle.com and tell me about them.

Search: More Than An Athlete

Takin’ it to the streets

Rusty Strait - October 31, 2019
Growing up "dirt poor" in the mountain communities of West Virginia during the Great Depression, “homeless” usually meant that one had no family. I was a product of “Appalachia” 30 years before John F. Kennedy discovered it.

My generation failed to deal with racism

Contributed - June 4, 2020
I wish I could publish a blank column today. As a 75-year-old white guy, it is hard to know what to say in response to racism and police violence toward black men and women.