All four council members (Krupa, Brown, Perciful and Meyers) were present at Tuesday’s 09/22/2020 meeting to discuss items that will assuredly be of interest to anyone living within city limits. There were a number of items on the agenda, some very positive.

Among the public non-agenda items that were made, more than a dozen residents and lot owners of Mountain Shadows RV Resort came to the podium to express their distress about the way they believed the city of Hemet is targeting the community for non-existent electrical problems.

Michelle Simms, a principle of Mountain Shadows RV Resort stated, “Mountain Shadows is a planned community of 125 lots made up of motorhomes, trailers and park models. The park is clean, neat, well designed, and attractive.” She went on to say, “There are many senior and long-term lot owners residing in the community.” A disgruntled resident has made hundreds of complaints to the city, citing electrical violations within Mountain Shadows. The complainant has caused untold time, expense and stress to the residents, mostly in their eighties and nineties. The city has issued citations without actually going out to inspect the violations reported by the unhappy tenant. Ms. Simms expressed the feeling that the resort is being unfairly targeted by the city. “Residents are being cited without any specific legal cause being noted. Not only are residents being negatively affected by these actions, but the resort itself is being impacted by rumors that there are major electrical problems within the resort.” Ms. Simms is adamant in stating there are no such electrical issues. The city is demanding that residents do things that were done years ago when there have been no complaints, no life safety issues, no problems. According to lot owner Dan Gravitz, this unhappy person filed many complaints under fictitious names.

When lot owner Jan Goldman went to the City of Hemet to get a copy of the permit for her lot, she was told by an employee responding to her request; it wasn’t necessary for her to see the permit because the lot had been inspected and she is in violation. Being proactive and vigilant, Ms. Goldman returned to the city and employee Brett Long verified the permits. Mr. Long verified that all permits had been issued and proved the complainant was in error. Lot owner Leslie Sharpe described how her father had purchased two lots in 1986 when the park was built and he had all the permits, yet she was being cited.

Legal action should be taken against the complainant. The city is busy enough trying to deal with real problems.

Additional public comments were brought before the City Council. An electronic communication was read on behalf of Pat Gregory regarding Measure U. Podium speaker Maryanne Derouin concurred with Ms. Gregory’s statement regarding the monitoring of Measure U funds.

Measure U Committee Chair Eric Gosch spoke on behalf of the Oversight Committee. The Committee submitted a 09/14/2020 letter regarding fiscal year 2018/19, to the city with regard to the Comprehensive Annual Financial Report (CAFT) Review. Gosch stated the Committee would be happy to have an audit completed, although Measure U funds are prohibited from being used for such a use. The city will have to make a decision about how to pay for an audit.

A quick review of Measure U – If you are an avid social media participant, you will have seen many discussions (or arguments, depending on who you’re talking to) regarding the outcomes of Measure U. An oversight committee was developed, which included members of the community. There have been considerable differences of opinion on the financial state of affairs regarding the finances of Measure U and the way in which the funds have been applied. Because the fund was developed through a Measure as opposed to a Proposition, it sailed through easily. A proposition would have required a lengthy process with a 55% vote of the public.

Because of a serious uptick in crime, the city was in a hurry for money, so they set about rallying the troops (the troops being Hemet residents) with cheerful rallies and flyers describing how this fund would benefit residents by the acquisition of additional funds for public safety. Scare tactics have worked in the past. What makes this particularly dicey is the fact that the money goes into the city’s General Fund. What does that mean? It means the city can do whatever it wants to do with the money designated for Measure U (even though they’ve made all kinds of promises as to how that money would be used).

From all appearance, the city has balanced its budget with Measure U funds. That is not what Measure U was intended for. The facts are available for all to see; you need only go to the city’s website and read the minutes and staff reports. In a September 14, 2020 letter from the Oversight Committee to the City of Hemet (City Council), Committee Chair Eric Gosch declared, “The Measure U Oversight Committee is committed, as is the Council, to ensuring that Measure U revenues and expenditures continue to improve and enhance our community by going towards improving public safety.” The Committee acknowledged allocation errors in the CAFR (Consolidated Annual Financial Report). The errors came from the Finance Departments, not the Oversight Committee. Finance corrected the allocation to the satisfaction of the Oversight Committee and the Committee submitted the corrected CAFR to the Council. To the dismay of many, the City Council passed the CAFR budge without the corrections. Confusing huh? There was one council member who opposed the vote on August 11, 2020, at a regular Council meeting. All other council members voted to accept the CAFR report as it was initially reported.

The Oversight Committee isn’t the problem here; it’s the Finance Department headed by Lorena Rocha. At the 08/11/2020 council meeting, Ms. Rocha was extremely apologetic about the errors, assuring Council that kind of problem would never again occur. Bear in mind, most of the errors were what is categorized as “line item” errors. That is not the end of Measure U problems. In fairness to the Oversight Committee, they should be given more time to evaluate the financial status of Measure U funds. Hopefully, the divide amongst city council members will be reconciled with the upcoming election. The Council received and filed the letter from the Measure U Citizen Oversight Committee.

The City is going to apply for the Program Year 2020 Community Development Block Grant – Coronavirus (CDBG-CV). The city has been allocated $542,529 in CDBG-CV funds for activities that must be measurable, well documented and reportable. The purpose of this grant is to carry out a wide range of community development activities directed toward revitalizing neighborhoods, economic development and providing improved community facilities and services. Special attention is given to low- and moderate-income persons. There is no cost to the city. The city recommended a public hearing be held to get comments of citizens, public agencies and other interested parties regarding community needs and priorities, form a CDBG Ad Hoc committee with the appointment of two Council members for the 2020 CDBG-CV application selection. To date, there have been five requests for funding. Once the City approves them, they will go to HUD for final approval. Mayor Russ Brown and Council Member Linda Krupa will form the Ad Hoc Committee.

One of the highlights of the meeting was a comprehensive list of projects being developed in the city, bringing new business to the city. While there are no chain outlets such as Kohls, coming to town, there are other very promising projects that will benefit the community. The infrastructure is being laid for lots more retail.

Community Development Director Kang gave a presentation naming a number of businesses, including Holiday Inn Express on West. Florida. A lengthy list of businesses included a fully solar operated facility hoping to employ 100 skilled workers, gas station with a retail store and car wash on Stetson and Sanderson, several residential developments (Rancho Dinamonte, Citrus Pointe, Seasons at McSweeny). A senior residential project in West Hemet is planned, the Latham Project. All were happy to hear that the Historic Hemet Theatre is planning on a major renovation. Last to be mentioned was a Chinese laundry and dropship facility. There will be another. Filling in the now vacant Marie Callendar restaurant will be another eatery. Council Member Krupa wanted assurance that traffic for all these projects will not impact the city and was told traffic would not be an issue. In short, there are multiple projects taking place with many more coming.

The Council unanimously passed a three-year agreement for landscape maintenance services to Adame Landscape Inc. Public Works Department employee Charles Russell was quick to point out the funds for this contract were not coming from the General Fund as Council Member Meyer questioned the fiscal impact on the city as this contract appear to going over the budgeted amount.

Many of us have observed the outdoor dining that has replaced indoor convenience. The City proposed a new category be added to this outdoor use. The concern is that parking for handicapped and others would be impacted if the restaurants were to continue their very creative ways of setting up outdoor dining. Time will tell.

A resolution declaring a Limitation for Campaign Contributions to Candidates for Elective Offices in the City of Hemet was on the agenda, however, the city decided to delay the vote until further data could be obtained from other cities on how they are handling this.

Towards the end of the meeting was the topic of a Waiver of Undergrounding Utility Lines related to improvements at 601 South Sanderson Avenue (Last Chance Performance Marine). Principle Dan Merchant spoke about the hardship the cost of undergrounding electric would be to the company. He described how his current lease is about to expire and will not be renewed. In an effort to find a location that was affordable and suitable, he, his wife and partners, Mike and Lynn Peterson decided to stay in Hemet. There was considerable discussion about granting this waiver and the cost to Hemet. According to Merchant, “This is for Last Chance Performance Marine, an exciting and successful business in the community (boat retailer, bait and tackle). Last Chance has been a longstanding business in the City of Hemet. COVID has affected the business. Boating retailers are not found on every corner”, he went on to say. “We are known as the boat and tackle shop in Hemet.” They decided to stay in Hemet. He cited the desire to employ Hemet residents. The tackle store has been in business since 1996. The Council voted unanimously to pass this resolution.

Novel Coronavirus (COVID-19) Emergency Declaration Update closed out the meeting. There are currently 13 testing sites spread throughout Riverside County, both walk-in and drive-up services. Locations and appointments are available at www.gettested.ruhealth.org. The closest locations near Hemet are the Perris Fairground and Diamond Stadium in Lake Elsinore. Happily, Hemet will be in Stage 2 (all of Riverside County) will slowly come out of the lockdown and we will be able to visit our favorite places!

The meeting was productive with lots of agreement between Council Members. They all did the business of City Council at this meeting. 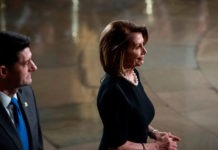 Contributed - December 17, 2021
After more than three hours of debate and testimony, the Riverside County Board of Supervisors (12/7/2021) settled on a proposal to redraw supervisorial district boundaries that will ensure most cities and unincorporated communities remain intact within districts, eliminating concepts that didn't meet that objective.

Advocates say California should send $2,000 per child to poorest families

Contributed - April 24, 2022
Anti-poverty organizations are calling for the state to target some of its projected surplus to families making up to $30,000 a year.