“It seemed like a pretty normal day. I had just pulled into the Sears parking lot at the Brea Mall to fix my mirror. I saw the three Hispanic men…and they were watching me, so to be safe, I went around to the back of my van to secure it. When I turned around and saw the three men and their guns pointing at me, I realized that the day was about to get much more complicated,” said Hemet’s Gary Hakala.

Gary Halaka was the hostage in what has been called, “The most spectacular bank robbery in American history.” There are so many twists and turns in this book that only a skilled writer, writing with a scalpel could pull it off. Author Peter Houlahan pulls it off and then some.

The book gives a detailed description of the background of the men involved, but it could easily have focused on the Hitchcock-like innocence of “everyman” Gary Hakala’s being tossed into his own van and going through an ordeal few could fathom. Hakala fought to remain calm, though he was in terrific pain. The cabinetry used in Hakala’s van was secured by nails which were now tearing into his flesh. “I couldn’t move.  I could feel them cutting into my skin.  They tied me up and forced me into the small cabinet in my van.

My feet and hands were numb, and my shoulder was about to pop out from the way I was twisted.” Manny Delgado, his brother Billy, the Harven Brothers and George Smith didn’t seem to care. “Before they decided to go ahead and rob the bank, I could hear them matter-of-factly discussing if they would kill me then, or if it would be better to wait.  In that situation, you can either choose fear or anger.  I figured, “If I’m gonna die, I’ll be damned if my last moments are going to be spent begging for my life.” I chose to get mad.” Getting mad may have saved Hakala’s life.

After an hour of waiting for a supposed diversionary tactic, which had literally fizzled out…the group decided to attempt the robbery anyway. Hakala could hear as leader George Smith hollered out, “Go go go go!” over a two-way radio. The next thing Hakala could hear, but barely see, was glass shattering.

The robbers had entered the Security Pacific National Bank. A three-year-old was injured with the flying glass. “I could hear the crying…it made me sick.”
Two and a half minutes later, the robbers came out of the bank looking to make a getaway. What the robbers didn’t see is that across the street, at another bank, an alert teller had spotted the group and had alerted the police.

Officer Glyn Bolasky unknowingly drove into the teeth of what was about to be a 48-hour ordeal. The men immediately began firing at his vehicle. Bolasky wisely backed out, turned his vehicle sideways and valiantly began firing back. The men riddled his unit with buckshot and firepower from pistols, wheel guns, and rifles.

“We estimated at least 1,700 rounds were fired over the two days of the ordeal. We had to catalog pistols, rifles, shotguns, wheel guns, automatic weapons, even homemade bombs, and a homemade rocket launcher” said now-retired Riverside Sheriff Department’s Sergeant John Burden. Bolasky’s unit was savaged.  So was Bolasky, who would require lengthy medical treatment.

Officer Andy Delgado and Officer Charles Hille were minutes away when Bolasky radioed the “1199.” According to Sergeant Burden, “The meaning of 1199 is “Officer needs help.” It is a radio code meant for you to drop everything you’re doing and to immediately respond to the assistance of that officer. It is a code that is used more often than I would like since it shows that an officer is in imminent danger and needs assistance now.”

Officers Hille and Delgado immediately answered the call, and again, their cars were savaged with superior firepower. Both men fired back with all they had, which, at the time, was only handguns and shotguns.  With every bit of ammunition in his handgun, his belt, and his shotgun gun spent, save one shotgun shell, officer Delgado took aim and fired.  All the pellets whizzed dangerously close to Gary Hakala, but one found its mark. One pellet…one single pellet caught Billy Delgado in the neck, paralyzing him, and leading to his death minutes later.

The van, which only a while before had a damaged mirror which owner Gary Hakala had stopped to fix…now came to a slow, easy rest, lazily rocking back and forth…without care in the world. Its driver was dead. “It had an automatic transmission,” Sergeant Burden said, “so it nudged a wire fence, rolled back, then rolled forward…back and forth, as two of the men tried to pull the dead driver from the seat and take off.”

They couldn’t do it. They decided to flee and find another automobile.  Gary Hakala thought that this was the end. “I figured, “this is it.” They’re gonna have to kill me.  I had seen their faces; they couldn’t let me live.  Things seemed suspended for a second or two, then…they just bailed out and left me there.  They just left me there! They left the money and everything. Just left! I actually think that in their panic they might have forgotten I was there.”

The four men, Russell Harven, brother Chris, George Smith, and Manny Delgado, Billy’s brother, grabbed the first handy vehicle they could find. “It was perfect for their use,” said Sergeant Burden. “It was a big Ford pickup truck with a cap.  The driver saw them coming and ran for his life.”

The four assailants tried to do the same. From there, author Peter Houlahan picks up the trail. “Remember that back then, banks had placed their branches close to exits.  Well, the four made as quick a getaway as they could, engaging police with brutal gunfire whenever they were encountered. They finally made it to the highway.” said Houlahan.

The four made it to Lytle Creek, where they had practiced marksmanship some months before.  They were now in San Bernardino County.
“When the LASO (Los Angeles Sheriff’s Office) was called in…they were able to match the firepower of the four who were still alive.  Authorities had the men surrounded and kept them penned in, in a roughly 5-mile area.

As night fell, so did the temperature, and the snow.  As luck would have it, it snowed that night.  These guys had no coats, and they were trapped…and they knew it.  The next day, when the two Harven Brothers saw the police, they just gave up immediately.  Manny Delgado decided to go out in a different fashion,” said Sergeant Burden.

Delgado decided to take on the combined law enforcement of two counties and the Los Angeles Sheriff’s Office.  It was no match. With the two Delgado brothers dead, and the two Harven Brothers having given up, mastermind George Wayne Smith decided it was time to end one of America’s ugliest, costliest, most misguided bank robberies.

The aftermath of this large-scale crime had an even larger-scale crime scene. “We had a crime scene that essentially stretched from the bank to the forty-some miles where Delgado died. We had to chop it up in sections. You know how you eat an elephant?” asks Burden. “One bite at a time. Just like we took the crime scene.” And with any large-scale crime, there is also the promise of a circus-like atmosphere.

This one would have put Ringling Brothers-Barnum and Bailey to shame.
There was jailhouse intrigue with randy inmates, a prosecution and public defender who hated each other, a judge constantly haunted by the specter of a mistrial, internecine wars, and rumors of war, lawyers throwing pencils at each other…and as if all that wasn’t enough, there was that other guy. The guy Gary Hakala swears to this day that the investigators missed. “I will go to my grave, insisting that I saw three..three Hispanic men in the car who a few seconds later came up to me with guns drawn. They were as close to me as Peter is to me right now,” says Hakala, motioning to author Houlahan, a few inches away.

“I told them so that night. I said that at the trial. Hell, I was even trying to tell that to them in the hospital that very night.” And later that night, actually early the next morning when Gary Hakala arrived home, he was greeted to a site he’s never mentioned before. “There were muddy footprints in my house. Someone had broken in earlier. Thank God I was in the hospital getting patched up. I carried a gun with me for a year. For a whole year, if I even went to the bathroom…that gun came with me.”

“For all the thousands of man-hours involved, hundreds and hundreds of rounds fired, Riverside County Deputy Sheriff James Bernard Evans dead, officers Hille, Delgado and Bolasky’s lives forever changed…the take was a paltry $21,000,” says Houlahan. And that 21-grand? They left it in the van with Gary Hakala. “If I’d only known,” laughs Hakala.

And in this tale, there is a postscript/plot twist that even the best Hollywood screenwriter could not fashion: although they hadn’t met at the time, Gary Hakala’s wife Cathy, managed the Denny’s in Norco.
“Big deal,” you say?
That Denny’s just so happened to be the Denny’s that was going to be hit before Russell Harven decided to hit a bank.
“Gary jokingly says to people, “Hey, don’t mess with me. God protects me.”
Who could argue with that?

The author wishes to express his heartfelt thanks and deep admiration to Author Peter Houlahan, Retired Sergeant John Burden, Mr. Gary Hakala, and Mrs. Kathy Hakala. Without you all, this story could not have been told.

Contributed - October 31, 2020
of Trustees at their regular September meeting and by proclamation by the City of San Jacinto at their Council’s meeting on October 6, 2020. 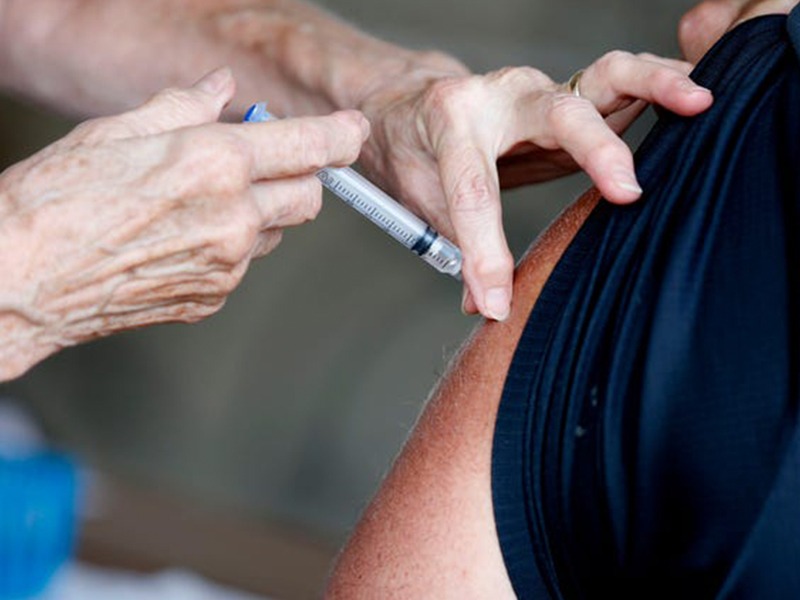 Contributed - December 14, 2021
Here are a few of the lies Californians are being told in an effort that surely has helped sicken many: Take a COVID-19 vaccination and your life span will be shortened. Get the shot and you will be sterilized or become impotent. Shots include the insertion of tracking bots. The pandemic is a government-created conspiracy.