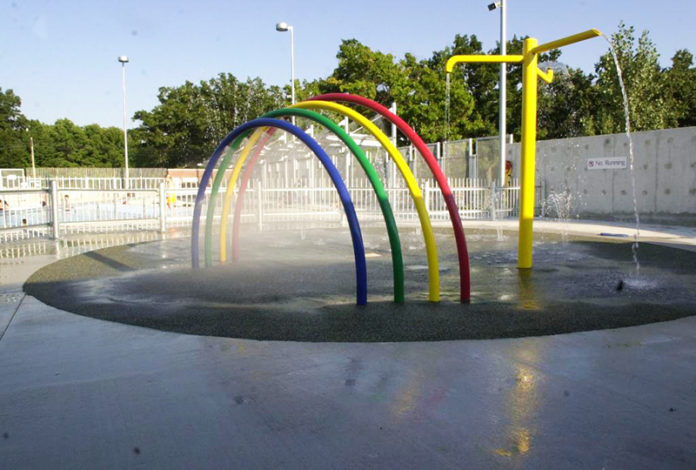 (Questions to the Community)

Splash Pads: Responses From Our Readers

In last week’s Hemet & San Jacinto Chronicle print edition, we wrote an article asking our readers if they thought the addition of a splash pad would benefit our community. We were pleased by the number of responses; many parents/grandparents were thrilled with the idea. Others in the community were worried about the funding, keeping the park sanitary, keeping unwanted trespassers out, and preventing the park from vandalism were all opinions that were had by many who aren’t in favor of a splash pad to be added. If you read the article, it stated that the funding of the project would come via government grants for underprivileged cities, not taxpayers’ pockets. Also more often than not, the water at these parks only operates between 12-5 and they are usually fenced in. Here are some of the responses from the community about the idea of Hemet or San Jacinto building a splash pad.

“Yes! We would love to have it in our valley we have children that would enjoy it so much! We hope we can get this a pass and get one here.”- Kathy Meza

“I have lived in this community for 20 years, and it seems to get hotter every summer. We could definitely use some better parks and splash pads. It would 100% help as long as we can keep the town’s unsavory homeless population out of them. I have a 1 1/2 yr old and my husband, and I currently have to drive to Temecula to take her to a nice safe, drug-free park.” – Desiree Ortiz

“An interesting idea. First, consider the median income, and home prices in the areas that were mentioned already have a splash pad. The taxes in those areas can support something like this. Now, consider the same for this area. Median income and the home price is significantly lower.

If a grant could be acquired to pay for a splash pad, there is still upkeep and insurance, which would be a pretty penny. Can this area afford those costs and not take money away from other valuable services?

I think a splash pad would be awesome. However, I am concerned about the long term feasibility.” – Jo Ann Roettgen

One reader even suggested that it be built right outside of the police station, that would be one way to ease some of the concerns that many members of the community have. Another suggested we use the state grant money to build a skatepark and look to re-opening the community pools or convincing the local high schools to have free-swimming hours at their pools during the summer.  Many people in our community think a free/very cheap splash pad would make a positive difference in our cities.

The Hemet & San Jacinto Chronicle looks forward to interacting with you more if you want to respond to the idea of having a splash pad or have a suggestion for our next “Questions to the Community” article, email VCsportsKyle@gmail.com

Search: Questions to the Community

Rusty Strait - October 24, 2019
For more than 37 years Conrad Frick has been a familiar face at both the Main Post Office on Acacia Avenue by State Street and the Yale Station by True Value Hardware Store.

Contributed - September 20, 2019
Dr. Stephen Marmer is a psychiatrist in Los Angeles and is affiliated with UCLA Medical Center. Years ago, I heard him on a radio talk show discussing what leads to maturity in individuals.