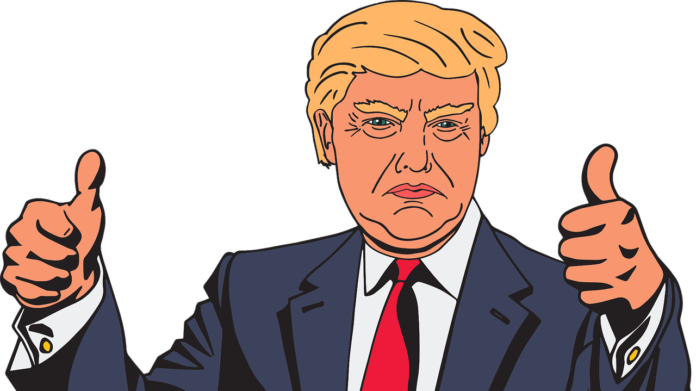 Let’s not get too excited over the plans of the protesters to bring over the hilarious “Baby Trump” balloon from London and put it aloft during the president’s Independence Day speech at the Lincoln Memorial. First of all, shouldn’t we remember the nation from whom we declared independence? Duh! July Fourth celebrates the self-evident truth that 243 years ago the founders declared they were cutting the cord with England. So why would we import anything from there for use on the Fourth?

Besides, do you know the chances that our customs people would allow that illegal alien balloon through our ports if it tried to sneak in? The Brits would say chances are nil. We might describe it as, uh, a fat chance. Americans: Where is your entrepreneurial spirit? Shouldn’t someone in the U.S. of A. make plans right now to mass produce our own Baby Trumps? Or at the very least, shouldn’t we follow the normal corporate model and manufacture them in China — just like some MAGA hats are. (At least they are right now; we don’t know if they’d be covered if Trump really did level more tariffs on China.)

This entire discussion is based on the announced intention for POTUS to take the traditional July Fourth concert and fireworks display in Washington, 40 years’ worth of tradition, and stir things up a bit. No one can stir things up like Donald Trump can, and that would seem to be the point. His main change would be making a speech from the Lincoln Memorial, featuring who else but The Donald? It might also feature his hordes of supporters chanting “Lock her up!,” “Build that wall!” and other patriotic favorites. Protesters could respond by chanting “In prison!” quoting their founding mother Nancy Pelosi.

All of these changes require planning, months of preparation. Oh wait, it’s the Trumpster we’re talking about here. He’s allergic to planning. So with little time left, the security people, the transportation people, the Porta-John people, and all the logistical people are being instructed to wing it. They can only hope that the multitudes will stay away in droves because it looks like the whole spectacle will fill lots of cluster trucks. Even if his address is delivered to a teeny tiny audience, Trump will claim it’s the biggest crowd ever for a presidential speech on July Fourth at the Lincoln Memorial, which is probably true since no other president has ever made one at the Lincoln Memorial. Abe himself did make a speech in 1863, but it was from a second-floor window of the White House.

And he made his remarks on July 7. But he talked about the importance of July Fourth. Someone decided that it counted. By now, you have probably learned more about presidential Independence Day speeches than you ever wanted to know. But clearly, this one will cause your juices to flow, as will Trump’s anger at the “fake news media” who reported that only a few dozen people showed up. Most of them were celebrating “unalienable Rights, that among these are Life, Liberty and the pursuit of Happiness” by going to the beach to pursue happiness. Many of those who remained in D.C. would exercise their unalienable right to fly their Baby Trump balloon.