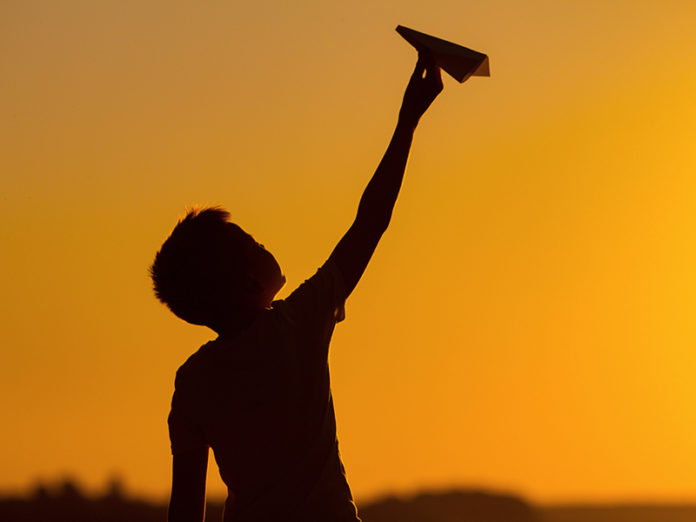 No matter what other activities were going on, Saturday mornings belonged to Bill and me. We had a regular route of back alleys where we collected bottles and junk metal, good for cash at the local junkyard, which seemed to exist for the sole purpose of funding our Saturday morning invasion of the Custer Theater. We watched our favorite cowboys riding the range for RKO and Republic Studios, doing what cowboys did – killing off rustlers and rescuing ladies in distress. We had our favorite heroes – Tim Holt, Buck Jones, Hoot Gibson, Bob Steele, and Ken Maynard. Ken Maynard was my hero.

We had plenty of competition in the metal and bottle business. Sometimes disagreements ended up in fistfights. Somebody would get a bloody nose or skinned up knuckles. The next day we were friends again. We lived on the same streets and went to the same schools and churches. The local beat cops kept their eyes on all of us. They manned the foot patrol covering West Charleston Street and the avenues that crisscrossed it. Ohio, Pennsylvania, Indiana, and Tennessee Avenues. We were a real United States of America.

Officers Canterbury and Johnson played good cop, bad cop. They walked our neighborhood and knew each and every one of us by name. Canterbury, a chubby man with a Santa Claus twinkle in his eyes, and Irish to the core, would give us a pat on the head and a “run along now, ye little devils.”
Johnson, the exact opposite, was a big raw-boned man with a face that would frighten Frankenstein. I would go two blocks out of my way to avoid him. The only response he ever gave us was a knuckle-rack on the head and a threat to send us to reform school.

Our folks were poor people, with nothing much except each other. To escape the monotony of the humdrum of everyday life, Bill and I often took off before daybreak, heading into the hills, never knowing where we might end up – trudging along until we were too tired to hike any further. Then we’d flop down on the pine needle floors provided by mother nature, or camp by a river or creek and daydream.

“What do you want to do when you grow up, Bill?”
“I don’t know. Maybe run off to Hollywood and marry Judy Garland.” Bill was crazy about Judy. “What do you want to do?”
My answer was always the same. “I’d like to go to New York and sing with a band.” I knew every popular song and sometimes would spend hours singing at the top of my lungs. “I’d like to go to a music school.”

“Well, you know that ain’t gonna happen. Besides, you don’t know nothin’ about music. You failed music this year.”
That was almost, but not entirely true. Factually, I was failing 9th-grade music, which meant that I would not graduate with my class. I approached my music teacher, a white-haired witch who believed if you didn’t appreciate the classics, you weren’t worthy of a diploma from any school. I begged her not to fail me.

“Raymond, you disappoint me. You are bright, and still, you are missing an important element of a well-balanced education. Tell you what I’m going to do. Over the weekend I’ll be grading final papers. I’m not promising anything, but if you are willing to come and sit with me in the classroom on Saturday and Sunday, I’ll consider your plea. I make no promises, but we’ll see. Okay?”

Of course, it was okay. A promise was better than total failure. Beethoven, Bach, and Brahms permeated my brain for two days. However, the following week, I received a grade in music for my final year at Lincoln Junior High – a D-minus. As low as you can get – but barely passing. I’ve never been more grateful for anything in my life.
“I don’t mean that kind of music. I mean like Jimmy Dorsey music. The kind Bob Eberly and Helen O’Connell sing. I wanna be a big band singer.”

“You know something, Raymond? You’re just plain dumb. When I get out of school, I’m gonna find me a good job. I ain’t gonna be lazy like my old man, living on welfare.”
“Singing is a job,” I said. “Singers make a lot of money. You get to sing on records and the next thing you know, you’re rich and famous. If I made a lot of money, I’d buy a big house up in South Hills, and Mama would never have to work again’ waitin’ tables for all them stupid jerks at the bus station.” I knew then Charleston would someday be the place where I used to live.

One thing for sure, I had a better chance of singing with a big band than he did of marrying Judy Garland. How stupid could one person be?
But, we both had our dreams.
Still, all during the week, following those Saturday mornings at the Custer, we re-enacted every scene in the hills and bottoms outside Charleston where we roamed for miles, often not getting home until well after dark.

We had other favorite film stars. I liked Ginger Rogers and Alice Faye. One Saturday morning, while collecting loot for our matinee at the Custer, we decided to run away to Hollywood and meet our screen ladies. We ran away quite often, for one reason or another.
Hitchhiking took us to Huntington, West Virginia, where we arrived hungrily and broke. I’d previously lived in Huntington when Mama was married to a radio announcer, so I looked up Margo, one of her friends.

It had been raining and a truck hustling down route 60 like he had someplace important to go, splashed muddy water all over us. My face and hair were so caked with grime that Margo didn’t recognize me at first.
“Is that you, Ray?”
“Yes, ma’am.”
“Where’s your mother?”
“At home.”
“In Charleston?”

“Uh-huh.”
“Does she know where you are?”
“No, ma’am.”
Bill never opened his mouth until she asked, “Who’s your buddy?”
“I’m his cousin. My dad and Raymond’s mother is a brother and sister.”
“When did you boys leave Charleston?”
“Yesterday afternoon.”
“My God, that’s over twenty-four hours. I’ll bet Jerry is worried sick. What took you so long to get here? It’s only fifty-eight miles.”

I could see that nothing was going in my favor and began to shift from one foot to the other like I had to pee real bad. My big plans for Hollywood were fading fast. Bill didn’t seem a bit worried.
“It kept getting dark and rainy, so we slept in a barn all night. I think it must have been noon before we woke up. I was awful tired.”
“I’ll bet. You boys hungry?”

I would have said no, too scared to eat. I knew something bad would come of our little trip. Before I could answer, Bill spoke up.
“Yessum. I could eat a whole hog.”
Margo laughed. “There’s no whole hog in the house right now, but I can fix you some bacon and eggs with buttered toast.”
“Sounds good to me.”
I kept still, thinking that they always give you a big meal just before you get the electric chair.

Margo had something different in mind. She called my mother.
“Here,” she said, handing me the phone, “your mother wants to talk to you.”
The chewing out I got was lukewarm to the switching she gave me when the Greyhound bus dumped us at the Charleston depot. I had welts on my bare legs for a week. I got over that kind of punishment pretty quick, and it wouldn’t be long until we’d be hopping a freight or sticking out our thumbs, headed for God only knew wherewith the same results, and the same switches.

Spielberg’s Amblin to make several films a year for Netflix

Associated Press - June 22, 2021
NEW YORK (AP) — Steven Spielberg, a filmmaker synonymous with big-screen enchantment, has set a new deal with Netflix in which his production company, Amblin Partners, will make multiple feature films per year for the streaming giant.

Contributed - January 16, 2020
Max is so handsome. He was sadly brought here by previous owner, because they could no longer take care of him. They also said he loves car rides.