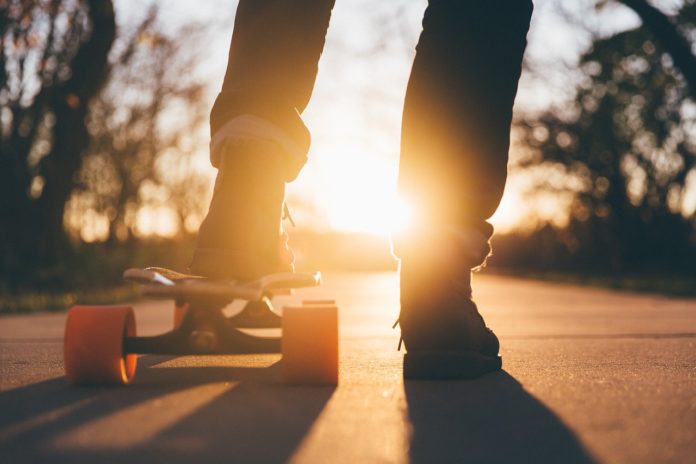 Skateboarding exploded in the late 1970s with the Dogtown Z Boys, it’s popularity grew into the next decade, and Rodney Mullen’s insane skate style stunned the world. In the decade of 90s, Tony Hawk blessed us with the first-ever 900 (2.5 rotations of the skateboard and rider). In the early 2000s, Kareem Campell gave us his famous “Ghetto Bird”(trick he created and is best known for). In 2010 was the Ryan Sheckler craze and now it’s all about Nyjah Houston.

Skateboarding has been around for almost two generations (nearly 60 years). That means the kids who are skating today, may have grandparents who helped pioneer the sport back in the ’70s. It would be easy to think that skaters were more accepted amongst our city, but instead, they are quite the opposite. They are more alienated than ever, automatically being accused of being troublemakers and misfits.

For sure, a considerable amount of people can think back and remember what it was like to be 13/14 years old jumping on their skateboards with their friends and taking off for hours. The freedom of the wind blowing through their faces while they were bombing the most prominent hill they could find. That moment when gravity was no longer a law as your board flipped underneath your feet.

As adults, we should think back to the feelings that it gave us and embrace it for our youth. Unlike Basketball, Baseball, or Football, there aren’t designated places for these kids to do what they love, so they find/create their own areas. This often leads to them being chased away by business owners, security guards, or other kinds of authority. Many times these kids are harassed and bullied by these authority figures, and it has helped create the image of “Rebellious Punk Skater.”

I remember one time I was with my two best friends and we were going to the movies. None of us were old enough to drive, but we had our boards. When we got to the theater we were about an hour and a half too early, so we bought our tickets, went off to the side, and sat down on our skateboards. We weren’t bothering anyone, vandalizing the property, or even riding. We were just sitting there. An older lady came up to us and told us, we better leave because she called the cops.

We all looked at each other confused, wondering what we did wrong. Sure enough, the police came and asked us to leave the property. We refused, knowing that we didn’t do anything wrong. It was not until the theater manager came out and vouched for us that the police left us alone.

This is an example of how the skaters are automatically portrayed as the bad guys and a reason why this generation needs designated areas to express themselves with the sport that they love. Not just a church that sets up a couple of half-pipes.

A poorly put together box set. Or some random kickers, but an actual designated area for them to be themselves. The next time you see a group of kids skating outside, go talk to them. Offer them some water and give them a chance. You might be surprised what amazing human beings lay behind the boards.

Lately, I have read that the talks of potentially adding a skatepark to the Hemet & San Jacinto area have slowed down and I think it’s something that needs to be taken seriously. Temecula and Menifee both made it a point to create plenty of spots for local skaters, and in return, they have seen crime rates drop amongst that group, vandalism drop, and fewer skaters going to illegal places.

If you would like to help make a difference email me at VCsportsKyle@gmail.com.
Let’s help these kids express themselves.

Contributed - January 23, 2020
In the torrent of idiotic commentary unleashed by the killing of Qassem Soleimani, Colin Kaepernick's deserves a place of honor.

Contributed - November 25, 2022
That crisp chill in the air can mean only one thing: the holidays are right around the corner! It is almost time for Temecula Chilled, a magical winter festival that captures the warmth, beauty, and festive spirit of the Temecula Valley during the holiday season.