I must admit, I’m a Disney fan, and the original Lion King is one of my favorite Disney movies. If you haven’t seen the new one or the original, you should stop reading this, because I will give some spoilers, so consider this your warning.

Disney is now trying to make their best movies in live-action, and for some, that’s great news, but for others, it may seem like they ran out of new ideas. They have tons of movies, and some of them are good and should stay as they were. Lion King is the perfect example of that.

This adaptation is not bad; it’s pretty great, is beautiful. The animation is perfect; you can even think some scenes are recorded in the real savanna, but being honest, it looks kind of weird when you see a warthog singing ‘Hakuna Matata.’ The whole movie looks like a NatGeo documentary but with songs. It’s amazing the work they did with the animation, IT IS, but for a lot of people and myself, it just seems somewhat bizarre.

The movie follows the same story as the original, there’s nothing new, and they make a clear reference to another Disney movie, which is a nice touch. However, as a Disney fan and mostly as a Lion King fan, there’s one majestic lesson the movie taught me, and it’s not in this new film. One single quote could have made the film so much better.

“Oh yes, the past can hurt. But from the way I see it, you can either run from it or learn from it.” Rafiki says it, and it’s a phrase that stuck on me since childhood. And everybody can agree that it is an excellent motto. It’s not as famous as ‘Hakuna Matata,’ but it’s just as good. For kids that will grow up watching this new film, it would be a bit of excellent advice for them.

Critics are destroying the Lion King on the internet all around the world. Even if the animation is damn good, it’s actually because of it, people believe that the characters lack expressions, animals look so real, and obviously, you can’t tell if a wild animal is happy or sad in real life, and that is what happened with this animation. It is amazing how realistic it looks, yet for a kid’s movie may not be the best option to see how Mufasa dies so graphic. I can recall hearing a lot of kids crying (maybe I did a little too), and scream when the hyenas attacked an animal.

The best part of the movie is when Simba, Timon, and Pumbaa sing ‘Hakuna Matata,’ and the song ‘Can you feel the love tonight,’ Beyoncé and Donald Glover make an astounding duo, the song is now on my playlist and probably will on yours too.

So now you know, the new adaptation is good, but not as good as the original. In my opinion, Disney has created great live-action movies like The Jungle Book, The Beauty and the Beast, and some others not that good like Dumbo, and now The Lion King. Let’s see what Disney makes next. 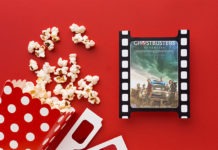 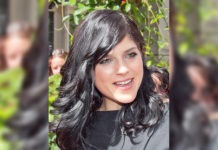 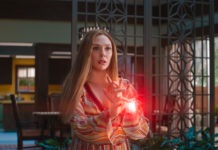 Contributed - October 31, 2019
A pair of holdovers had a photo finish this weekend as “Joker” and “Maleficent: Mistress of Evil” jockeyed for first place at the box office.

Gaby Cerrillo - June 26, 2019
"Whatever today's filmmakers do, I can do better," Kubrick said to himself in those days when he was engaged in photography,...