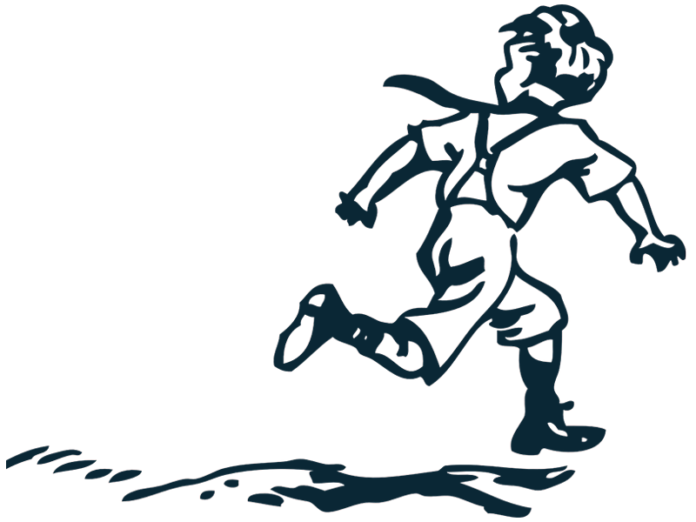 I didn’t always get into trouble by myself. My usual partner in crime was my cousin Bill. I recall the time we cut a hole in the back screen door of someone’s house to get a crate of coke bottles which paid for our movie visit.
Sometimes a kid named Junior Adams, whose mother was a preacher became my accomplice. My worst offense came when I went with him to a house where he stole a .22 pistol. He was shootin’ the damn thing all over the place without any sense of direction.

“Are you crazy?” I asked him.
“Just havin’ fun. Wanna try it?”
“Hell, no. I ain’t gonna be shootin’ off no guns.”
He laughed and pointed the .22 toward a concrete wall beside a church on Randolph Street, near Lincoln Junior High where we were in seventh grade. The bullet ricocheted off the wall and scraped my thigh. It didn’t penetrate the skin but left a big red bruise.
“I told you not to be shootin’ that thing,” I said.

“I didn’t mean it, Raymond. Honestly. Besides, you ain’t hurt.” Not hurt, but scared.
Somewhere down a nearby alley, about halfway to the next block, a steel corrugated garage door offered Junior a juicy target. “C’ mon, don’t be such puss. See if you can hit that black smudge on the door.”
I saw no harm in that. There was nobody around. So I fired one round into the door. Junior took the gun and emptied it into the steel corrugation. Bored, we spent the rest of the day upon Watts Hill shooting at tree limbs, birds, rabbits or anything that moved. He threw the gun down a well the next day.

Life was sweet, we were enjoying summer with less humidity than usual and nobody bothered us about that day in the alley. That is until a juvenile detective showed up at grandma’s front door and asked to speak to me. A cop in a suit scared the hell out of me. I was used to Cunningham and Johnson, the local beat cops. They were like parents, always on the neighborhood kids for something. A detective went after killers and bank robbers. This guy worried me.

“Raymond, I’m Detective Fulton. Are you a friend of Junior Adams?”
“Who?”
“Adams. Junior Adams.”
“Oh yes,’ I said, being careful not to sound like I knew him too well. We have some classes
together.” Actually, he lived around the corner…
Without much ado, he pounced on me. “Do you know that you and the Adams boy came close to kill a woman?”
“No sir. I never tried to kill nobody.”

“Are you telling me that you didn’t shoot holes in a garage door with him in an alley behind
Randolph Street?”
I was scared. “I don’t know nothin’ about no woman and that garage door.“ I accidentally sold myself out. “There wasn’t no woman in that alley.”
The detective had me dead to rights. “So you and Junior were shootin’ off a gun in the alley.”
“Well, yes and no,” I lied. “We were in the alley but he had the gun.”
“Don’t matter. You were an accessory.”
“A what?”
“You aided and abetted him.”
“I didn’t do nothin’ to him.”
“It means that you were with him and since you did nothing to keep him from shooting, that makes you an accomplice. Just the same as if you’d shot up the garage door yourself. I believe you’re just as guilty as he is.”
It looked like he was about to put me in handcuffs and take me off to jail. Instead, he asked my mother to come out on the porch with him. She told me to “stay in the house with your grandmother. I’ll deal with you later.” I could tell by the tone of her voice that I wouldn’t like it…

They were out there for an awfully long time. When she came back in the house I asked her, “What happened.”
“You’ll find out,” she said.
Two weeks later Mom hauled me off to Judge Robinson’s juvenile court at the Kanawha County Courthouse; A scary looking stone building so old and weather-beaten, that it reminded me of some ancient castle I’d seen in horror movies.
Junior and his preacher mother were already in the courtroom. Mom made sure that I did not get to sit next to him. He didn’t look scared at all, but my stomach made gurgling sounds, like when grandma churned buttermilk.

Judge Robinson came in from his chambers, a character right out of a Charles Dickens novel, sitting up there several feet above the rest of us. He had a no-nonsense attitude, and I knew right away that he wasn’t going to like me or Junior.
He called several cases ahead of us and sent two boys younger than me to Pruntytown, the State Reform School until they were 21 years old for robbing some old woman. Others received shorter terms. I knew for sure that me and Junior were going away for a long time.

When he called my name and asked me to step forward my knees were so weak I had trouble making it from my seat to the front of the court. After delivering his hell, fire and brimstone speech about hoodlum kids running loose in the streets, he started in on me personally.

“Young man, you think you’re so smart. What you are is a smart-assed, snot-nosed kid who thinks he’s bad. Oh yes, I know all about you and your kind. You’d like to go to Pruntytown.
I‘ve heard the stories boys tell when they come back from reform school. Well, let me tell you something. Pruntytown ain’t no picnic. It’s a prison for bad boys and if you keep up the way you’re goin’ you’ll end up there and I can promise one thing. You ain’t gonna like it.”

He paused long enough to get his breath, then continued. “If it wasn’t for your hard working mother, who really cares about you, I’d honor your desire. She assures me that you are not really a bad boy, but all mothers tell me that. Nevertheless, I don’t want to waste a young life if I don’t have to. So here’s what I’m going to do. I’m placing you on one year’s juvenile probation. You know what that means?”
“No, sir,” I said, my voice trembling so that I barely got the words out.
“It means that you will be assigned a probation officer. You will report to him once a month and give a full account in writing of all your activities for that month. You mess up, and I’ll ship you off to reform school for a long time. What your mother says won’t matter anymore because you will have disrespected her as well as this court. You understand that?”
“Yes, sir,” I mumbled.

“Court will be in recess for five minutes.”
We never waited for him to hear Junior’s case.
Even though our mothers warned us not to see each other, I caught up with Junior at the Custer theater the next Saturday.

“You got off easy,” he said. “That sucker gave me two years probation. I have to report once a week. Did you find out who you have to report to?”
“No. Mom says they’ll notify her. How about you?”
“Not yet. My mother made me get down on my knees and pray to God for forgiveness. Said I’d likely end up in prison someday.”

Junior and me drifted apart, but his mother was right. When he was eighteen years old, he robbed up a filling station at gunpoint and took a lot of money. One of the gas jockeys recognized him, and just as his mother predicted he ended up in the West Virginia State Penitentiary at Moundsville for ten years. By the time he got out, I was an airman in the South Pacific fighting for Uncle Sam. After the war, I moved away from Charleston and never heard anything about Junior Adams again.
My days of juvenile crime did not end in Judge Robinson’s courtroom. There were other
episodes to come.

Vaccinated visitors soon can take off masks at Disney World

Susan Carrier - September 26, 2019
On Saturday, September 14th, SURF'S UP was in town, performing Southern California's premier tribute to the Beach Boys at the Historic Hemet Theatre.